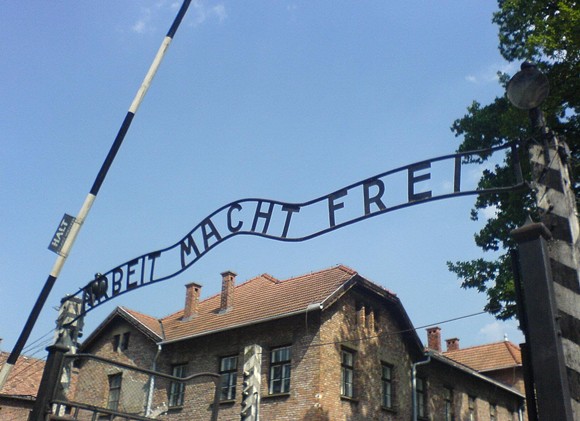 Every year, International Holocaust Remembrance Day commemorates the day in 1945 that Soviet troops liberated Auschwitz-Birkenau, the largest Nazi concentration camp. Last year, on International Holocaust Remembrance Day, Anne Frank’s stepsister Eva Schloss, an Auschwitz survivor, wrote in Newsweek that she sees parallels today to the rise of Nazism in the 1930s and ’40s. Schloss pointed out that our current president, then only a candidate – with his wall to keep out illegal immigrants and his “total and complete shutdown of Muslims entering the United States” – shows the same kind of xenophobic thinking responsible for the death of 6 million would-be refugees.

Right now the Holocaust Center is hosting an exhibition that juxtaposes the story of the Frank family against events in Germany before, during and after the rise of Nazism. And on Thursday, the Holocaust Center hosts a panel discussion with local Holocaust survivors who will share their stories and explain how they, like Anne Frank, were able to maintain their faith in humanity. So today might be a good day to do some listening, because God knows we are all going to need suggestions for how to do that.