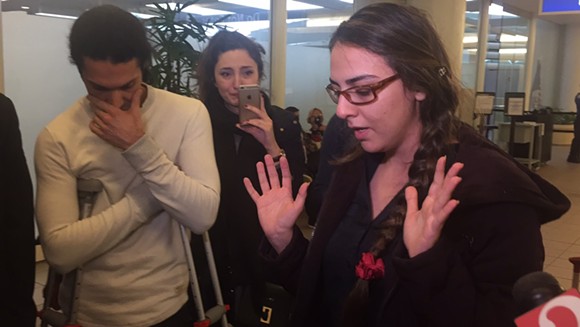 "My whole life changed in one day."

So says Negin Alimohammadi, a Central Florida green card-holder from Iran, as she emerged from two rounds of questioning by Customs & Border Patrol officials at Orlando International Airport.

Alimohammadi, an Oviedo resident, earned her Masters of Science degree from the University of Central Florida in 2012. She received her green card in December after two years of vetting. She was detained at the airport today for six hours.

This is a developing story. Check back for more updates on the Orlando International Airport protest.