After Artegon, Gods & Monsters finally has a new home 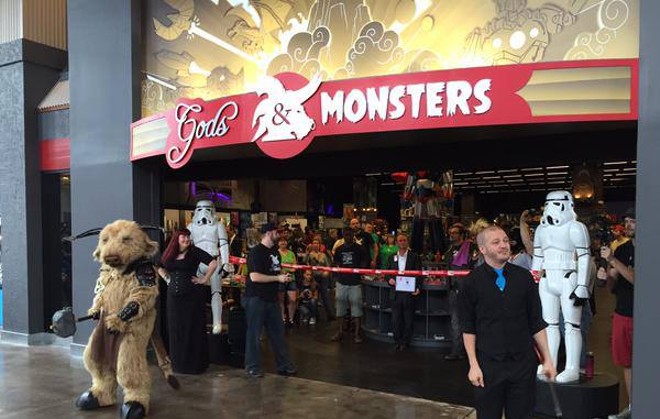 The former Artegon-based comic book and action figure collaborative Gods & Monsters has found a new home at the Orlando Crossings mall on I-Drive.

According to a post from Gods & Monsters' Facebook, the store has signed a temporary lease at Orlando Crossings Mall and is negotiating for a bigger and more permanent space.


"Today marks the start of a bold new chapter for Gods & Monsters! We just signed the lease on our temporary space in The Orlando Crossings Mall! We'll have nearly 7,000 sqft to use for retail, bar and lounge seating, while we work out the negotiations on an exciting, larger forever home!"

The geeky haven is set to open its doors again on Saturday, Feb. 25.

A few weeks ago mall vendors announced that Artegon Marketplace would close for good on Jan. 26. Since then, vendors have struggled to find permanent homes. A few have moved to a gallery space in Winter Park.