FWC may relax rules on fishing Goliath Grouper, a hearty fish of the sea 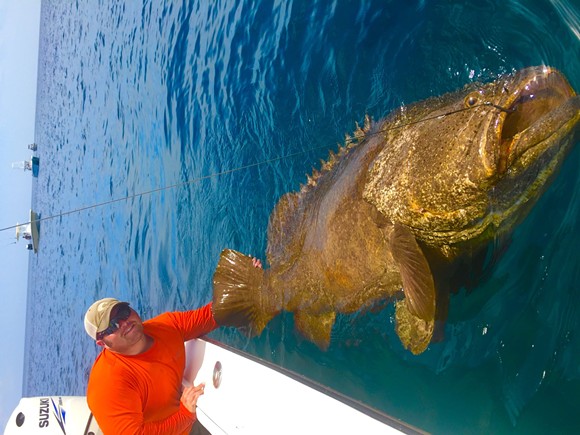 The Goliath grouper, a fish that can grow to weigh nearly 800 pounds, might go back on the list of the things you can keep and eat, or stuff, or whatever it is you do with a fish the size of a Prius.

The Florida Fish and Wildlife Commission will meet on Feb. 8 and 9 in Crystal River to discuss various ecological issues that must be addressed in 2018, including biological survey results of the Goliath grouper.

This meeting, which will reference the population numbers and the effects the species has on fishing companies in general, could lead to the Goliath grouper being moved from the catch-and-release list to the catch-and-keep list, allowing fishermen to harvest the fish at a limited rate.

The outcome could possibly take the form of a small fishing season that would allow people to deplete the numbers of the Goliath grouper for a short period of time, but changes wouldn't be put into affect until December at the earliest.