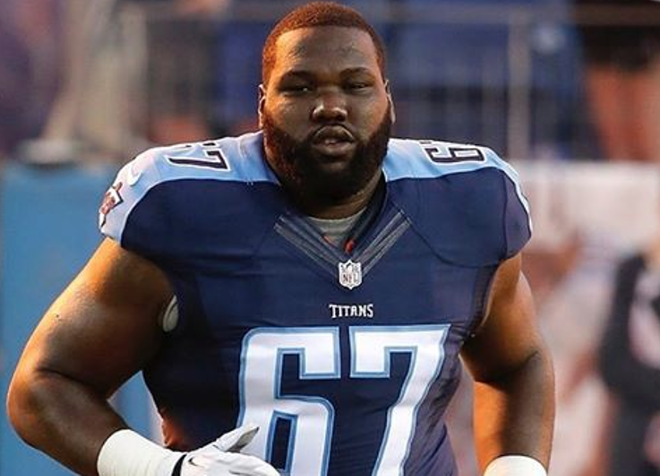 Over $100,000 worth of jewelry was allegedly taken off of the unconscious body of Quinton Spain during last weekend's Pro Bowl festivities in Orlando.

According to the Orlando Sentinel, the Tennessee Titans lineman, who was visiting Orlando to attend the Pro Bowl, has fallen prey to one of two unidentified women that have been preying on wealthy-looking clubgoers.

The two women in question, who apparently victimized two other men that weekend, are described as around 5 feet, 4 inches tall, one blonde and the other brunette, both in the 25-35 age range.

In each case, one of the women would allegedly convince the victim to come back up to their hotel room after meeting at a club or bar. Once they were back in the room, the women would supposedly offer them a drink. Eventually the victim would lose consciousness, along with whatever valuables they had in their possession at the time.

Quinton Spain was staying at the Marriott Village on International Drive when he was allegedly robbed. However, he was previously at Vyce Lounge in downtown Orlando, where he encountered the women, reports the Sentinel.

There is currently a $1,000 reward for any information leading to the arrest of these women.