February 06, 2017 at 3:22 PM
comment
Kissimmee resident Trent Witcher is the focus of a new short film that highlights the art of creating fingerboards, which are basically tiny skateboards you push around with your fingers.

The film, Skateboarding to Scale: The Fine Art of Fingerboarding, is directed by Ryan Reese of One92 Media and focuses on Witcher's small but radical craft. "When I started I didn't really see it too much as art," says Witcher in the film, "But this last year, I really realized that this is art."

As opposed to traditional Tech Decks that are made of cheap plastic, Witcher's company, Brutal Finger Boards, uses materials that you would actually use to make full-sized boards like wood, vinyl and actual ball bearings.

The film is only a mere 12 minutes long, and well worth the watch even if you're only moderately interested in extreme hand sports. 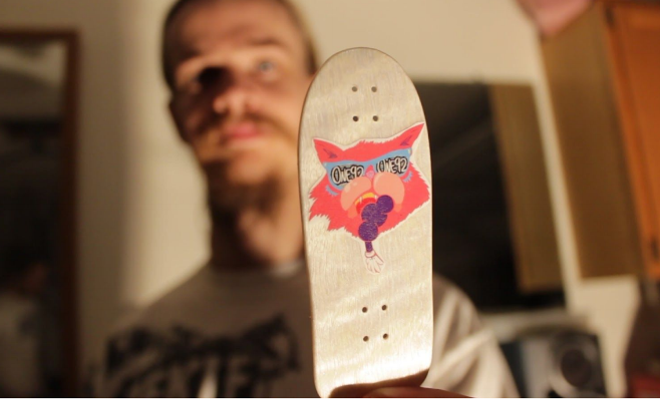