Parquet Courts make their Orlando debut at the Social 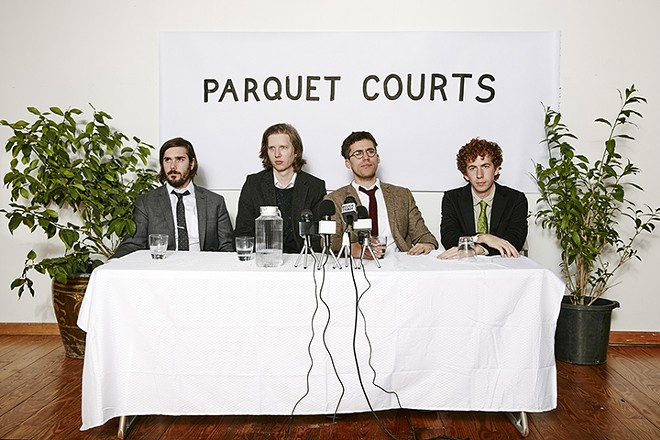 For the past several years, New York quartet Parquet Courts has been making waves through the music world. Building up an impressive discography that started with the low-key release of their debut, American Specialties, Parquet Courts steadily gained attention and buzz. Their sound was immediate and undeniable: jangly guitars, catchy licks, buoyant basslines and the lyrics of band leader Andrew Savage getting so ingrained in your head that you caught yourself humming them during that morning commute or during that awful double shift in the kitchen.

With a nod to his previous projects (Wiccans, Teenage Cool Kids), Savage and company released their newest album, Human Performance, last year, full of confident rockers like “Berlin Got Blurry,” “Dust” and the titular single. This album still holds true to the Parquet Courts formula, but with an added twist – the songwriting and lyrics hearken back to Savage’s previous endeavors with Teenage Cool Kids, giving off the vibes of Foreign Lands with certain songs and Denton After Sunset with others. This album takes a step back and lets the band expand into way different styles with their not inconsiderable musical prowess. This will be Parquet Courts’ first show in Orlando, and Savage’s first show in Orlando in years. It should be a good time – bring your dancing shoes, you’re going to need them.