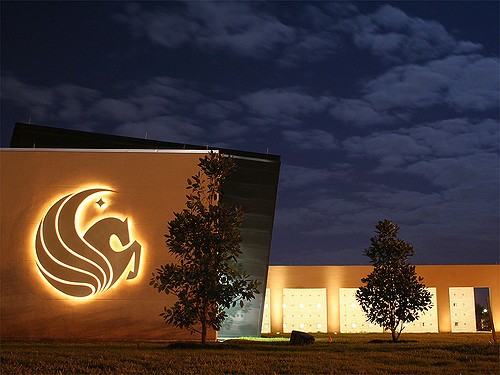 A fraternity at the University of Central Florida was suspended as school officials investigate hazing accusations made against it.

Documents released show someone emailed the university on Jan. 5 with concerns regarding a freshman who rushed the UCF chapter of Phi Delta Theta.

"[Redacted] currently a freshman at UCF that rushed Phi Delta Theta with the expectation that hazing would only be a myth and that it would be a good way to get involved with the UCF community and make friends while doing so," the email says. "After weeks of 'pledging' Phi Delta Theta, he has come to seek aid from me as he says it has been one of the most psychologically harming experiences he has ever experienced. It has taken a toll on him both mentally and physically. On top of that his grades have dropped due to this. He simply doesn’t seem the same and I need action to be taken."

On Jan. 20, a university official checked the hazing hotline, found the email and submitted an incident report. Later that same day, Michael Gilmer, director of the UCF Office of Student Conduct, sent Phi Delta Theta chapter president Gary Burns a letter stating that the fraternity was "placed on suspension for an interim basis" until the resolution of a disciplinary case and "is prohibited from participating in, on or off campus fundraisers, socials, mixers, intramural competitions, receptions, service projects, chapter meetings, and/or conferences."

"There is absolutely NO reason any of our members should have at any point in time been in question of their mental, emotional or physical well being," Burns says, according to Knight News. "I have personally sat down with each of our new members individually to see if at any point in time any brother put them in a position described as such. Still, I have found nothing to support these allegations. At no point in time were the lives of any of our members at stake. In Phi Delta Theta’s eyes, hazing is the antithesis of the development of a man, and is counterproductive to our goals as an organization. We are still working diligently with UCF to resolve the situation."