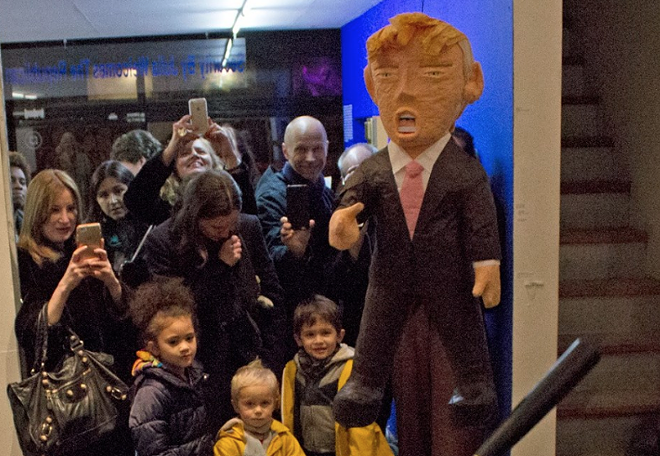 If you're an American who feels like whacking Donald Trump with a stick, you're in luck.

The Knights for Socialism student group at UCF has created a Trump piñata and is inviting whoever's interested to come and take a swing at the president, in a "celebration of the Mexican and Latino culture that makes America and Florida so great."

According to the Facebook event, the festivities will be held at UCF's Free Speech Lawn, near the Reflecting Pond in the middle of campus.

Multiple piñatas of Trump and "his cronies" will be available, stuffed with candy and Scantrons for students.

The club is asking people to bring donations like clothing and toiletries for the Orlando Workers League if they attend.

This isn't the first controversial event Knights for Socialism has held on campus.

According to WFTV, the group recently held a self-defense course that some reframed as a "Leftist Fight Club." Club members say they created the event to teach self-defense to students who feared for their safety in the new political climate.

UCF responded to the event with a statement saying that the club isn't a registered organization on campus and doesn't receive funding, so school officials could do little to stop or control the students' free speech.