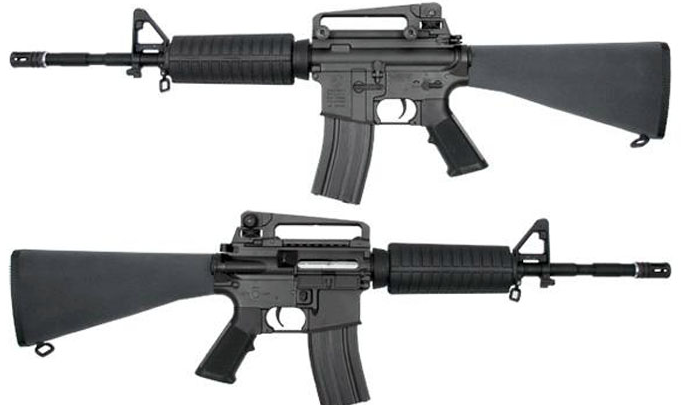 Early this morning an AR-15 was stolen from an Orlando police officer's patrol car, marking the second time this has happened in less than a month.

According to OPD, the suspects smashed the rear window of the vehicle, which had an alarm system, and removed an AR-15 along with the entire gun mount locking device, which was also secured.

The theft occurred at Lake Nona Water Mark Apartments sometime between midnight at 5 a.m. Seven other cars were also broken into.

As we said in an article back in January, "Maybe Florida cops shouldn't leave guns in their patrol cars?"

A spokeswoman with OPD told the Orlando Sentinel that all officers have been ordered to remove all firearms from their vehicles. However, this is just a short-term order until the department alters its vehicle policy.

As of now, OPD's long-term policy allows officers to keep unattended guns in their patrol cars, as long as the car is locked and the gun is secured in a locking device.


When an employee leaves Department property or Agency-authorized firearms in an unattended vehicle, the vehicle must be locked, the property and firearms placed in a locking device (i.e., MCT mount or Agency-approved gun-securing device), and if the vehicle is equipped with an alarm system, it is the employee’s responsibility to ensure that the alarm is operational and activated.


On Jan. 28, an UMP .45-caliber submachine gun was stolen from a
an Orlando SWAT officer's unmarked police car in Baldwin Park. OPD stated that they believed the car was locked and that the weapon was in a locked and secured container.

Don't give criminals the chance to steal your gun in a car burglary! Never leave a gun in your car - locked or not.. pic.twitter.com/Kyy2ZS8G4o

Perhaps OPD should follow their own advice, and adopt some common-sense long-term policies that don't result in high-powered rifles ending up in the hands of criminals.