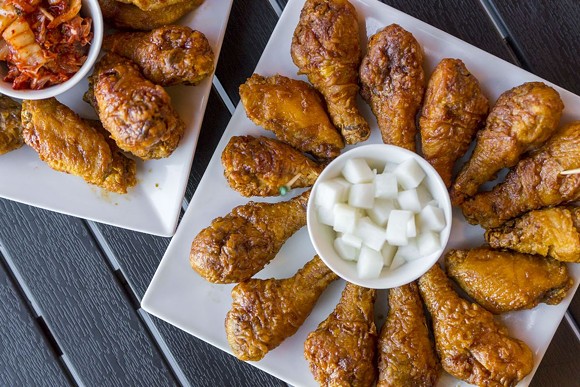 We about lost our fried-chicken-loving minds when we heard about this: Bonchon is coming to Orlando.

Three outposts of the chicken chain that originated in Busan, South Korea, before kickstarting the Korean fried chicken craze in the U.S. will open in the next two years. They will be the first Bonchon locations in Florida, with the first opening this summer on Semoran Boulevard just north of the Beeline Expressway.

The next two locations, planned to open by 2019, will go up on I-Drive near Universal and in downtown Orlando, at which point Orlando Weekly employees will become 33 percent sticky-spicy-crispy chicken skin.