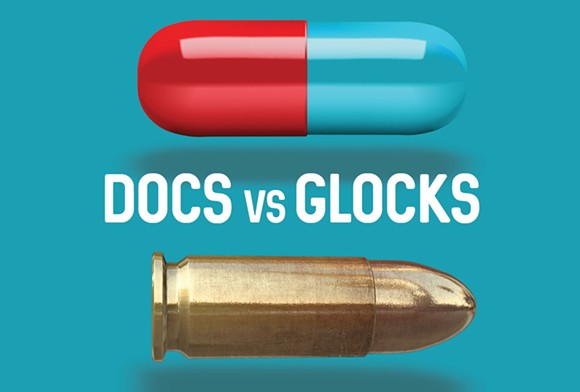 A controversial Florida law that restricted doctors from asking patients about gun ownership has been shot down.

According to the Miami Herald, a federal appeals court ruled Thursday, Feb. 16, that the law violated medical professionals' right to free speech.

The ruling struck down key provisions in the "Docs vs. Glocks" law, legislation that is strongly supported by the National Rifle Association.

The "Firearm Owners’ Privacy Act" was adopted in 2011 after an Ocala couple complained that a doctor denied future treatment after he asked about their gun ownership and they refused to answer.

The law immediately spurred legal action by the Brady Center to Prevent Gun Violence, which sued on behalf of a group of individual Florida doctors and organizations representing over 10,000 healthcare providers.

The 8-3 decision by the full U.S. 11th Circuit Court of Appeals overturned an earlier 2-1 decision by a three-judge panel that upheld the Florida law. In the original 2012 court case, a Miami federal judge ruled that the law was based on anecdotal information and unfounded conjecture.

The law doesn't give doctors power to take guns away and patients are still free to refuse to answer questions about firearm ownership, just as they can when asked about sexual activity or drug use.

According to the News Service of Florida, Gov. Rick Scott is reviewing the case. If the decision is appealed, it would go to the U.S. Supreme Court for review.