While the new Orlando City uniforms might look similar to jerseys past, one thing sets this new attire apart: It's business casual. 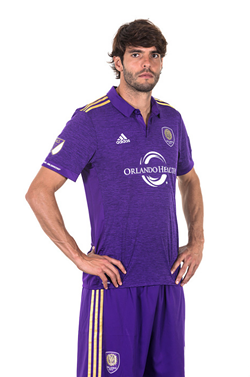 Orlando City unveiled its new home jerseys for the 2017 season, revealing the new shirts are collared — every dad's favorite go-to on casual Fridays.

The shirts also differ from past uniforms with three metallic gold stripes running across each shoulder, which continue down the sides of new purple shorts.

In a nod to the Lions' new home, the uniform features the coordinates to the Orlando City downtown stadium on the right sleeve.

The stadium is expected to open later this year.