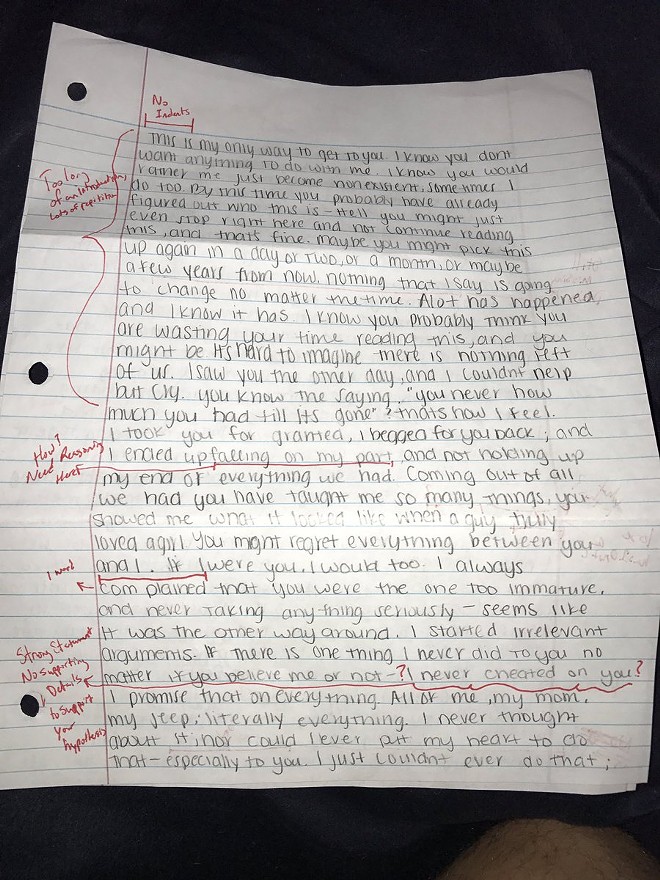 From the letter, it looks like Lutz suspected his girlfriend, Elizabeth, was cheating on him. Though she denies this in her essay letter, he underlines her statements, citing there isn't enough evidence to support that hypothesis.

After marking up the four-page paper, Lutz graces Elizabeth with a 61 percent, a D-minus.

We're guessing Elizabeth has moved on to find a boy who isn't so picky about spelling and punctuation.

You can read the whole thing on his Twitter.

When your ex writes you an apology letter so you grade it to send it back pic.twitter.com/MczdjcCiil