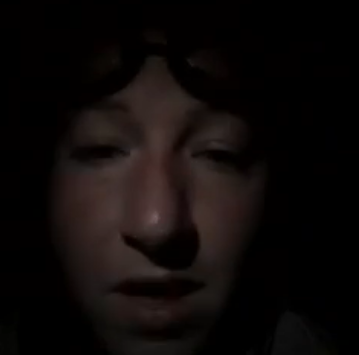 Marion County deputies arrested two protesters who they say climbed 250 feet deep inside a piece of the 36-inch Sabal Trail pipeline near Dunnellon. 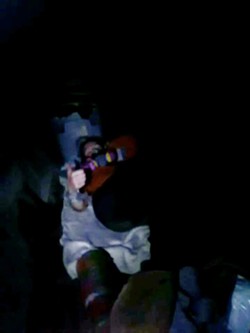 The Sabal Trail pipeline is the $3.2 billion project of Houston-based Spectra Energy. The 515-mile pipe snakes through Alabama, Georgia and down to Central Florida to connect with a compressor station near Reunion and a smaller pipeline through the Kissimmee and Hunter's Creek areas. The pipeline, meant to transport 1 billion cubic feet of natural gas every day, tunnels under Florida's natural environment and several pieces of private property to sit above the Floridan aquifer. Energy companies say Sabal Trail will bring affordable natural gas to Florida, while advocates worry it could jeopardize the state's clean water source and environment.

Karrie Kay Ford, 29, and Nicholas Segal-Wright, 25, allegedly lodged themselves inside a piece of the pipeline around 7:32 a.m. on Wednesday, according to the Marion County Sheriff's Office. Deputies say the duo were locked together with devices that made it difficult for deputies to separate them and refused to come out. Sabal Trail Resistance, a group organizing actions to stop the pipeline, says Ford and Segal-Wright were refusing to come out until an environmental impact statement for the pipeline was revisited to include "an assessment of impacts on environmental justice communities and school children along the route and in the blast zone for accidents."

The two protesters also released a statement saying, "We are taking action against the Sabal Trail pipeline because we don't need more energy infrastructure poisoning this land. The world and our future generations are at risk, so we are demanding the immediate halt to this toxic project." In videos posted to Facebook, Ford talks from inside the pipeline.

"We're here inside the Sabal Trail pipeline," she says. "We're staying here. We're locking down. We're not going anywhere. We have cops outside. They're banging on the pipeline with hammers. And they're sending dogs to the entrance of the pipeline, threatening to send the dogs in. They're threatening with tear gas. So just hold tight and, like, spread the word. Spread the word far and wide. And keep supporting us, and we'll see if we can get you updates."

Ultimately, Marion County Fire Rescue performed a "confined space rescue" to remove the protesters. The Ocala Star-Banner reports rescue officials worried about the amount of oxygen in the pipe. Segal-Wright was removed around 1:06 p.m. while Ford was removed an hour later. After the protesters were checked by paramedics and found to be in good health, the Sheriff's Office says they were taken to the Marion County Jail.

Both Segal-Wright and Ford are accused of felony charges, including grand theft between $20,000 to $100,000, trespassing on a posted construction site and criminal mischief. Ford was additionally charged with resisting without violence for refusing to take a device off her arm that briefly stopped deputies from arresting her. The Star-Banner says the duo was using "devices common in protests that included PVC pipe, chicken wire, tape and bolts, and, in the case of Ford, a plastic bin filled with concrete."

"Both defendants temporarily deprived the construction company from the use of their pipeline, justifying the grand theft charge," the Sheriff's Office says.

The Star-Banner reports a representative for Sabal Trail says parts of the pipe that protesters occupied are now "useless" and cost $28,000 to replace.