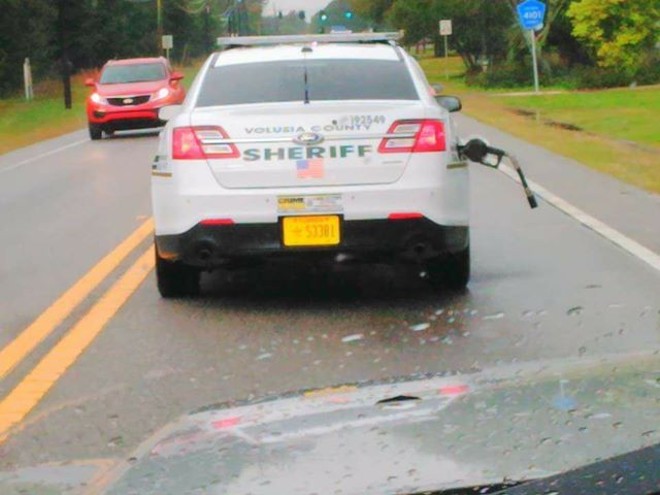 It seems a Volusia County Sheriffs deputy was in a hurry to get back to work.

The Volusia County Sheriff's Office posted the above picture to their Facebook account Wednesday, Feb. 22, along with the caption: "When you’re just in a hurry to get back on the job. No gas pumps were harmed in the making of this photo."

According to the Daytona Beach News-Journal, the unnamed officer wasn't aware that the hose was still hanging from his car until a motorist waved him down, but not before this photo was taken.

Apparently, the deputy decided to sit inside the car while filling up, and then forgot to remove the pump.

“The hose was a quick-disconnect so there was no damage and it was easily reattached,” said Andrew Gant, the department’s assistant public information officer, to the News-Journal.