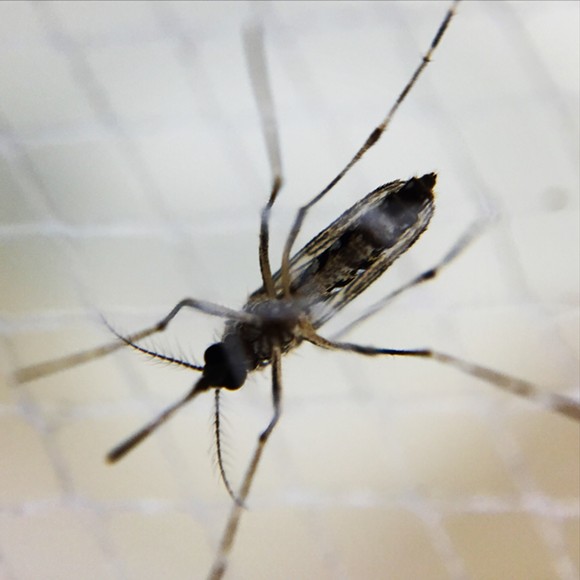 Human testing has begun on a new vaccine that essentially makes us all taste bad to Aedes Aegypti mosquitos, which are known for carrying tropical diseases like Zika.

Last week, the National Institute of Allergies and Infectious Diseases (NIAID) launched Phase 1 of a clinical trial to test a investigational vaccine intended to protect against mosquito-born viruses.

According to the National Institute of Health (NIH), the study is looking at a vaccine called AGS-v, which protects against diseases transmitted by mosquitos, like Zika, malaria, West Nile fever and dengue fever.

Unlike other vaccines created for mosquito-transmitted diseases, the AGS-v vaccine is meant to trigger an immune system response to mosquito saliva rather than target a specific disease directly.

“A single vaccine capable of protecting against the scourge of mosquito-borne diseases is a novel concept that, if proven successful, would be a monumental public health advance," said NIAID director Anthony S. Fauci, M.D.

The test vaccine contains four different synthetic proteins from mosquito saliva designed to induce antibodies in order to cause a modified allergic response in the vaccinated individual that in turn can prevent infection if a person is bitten by a disease-carrying mosquito.

Up to 60 healthy adults within the age range of 18-50 years-old are expected to enroll in the trial that is being led by Matthew J. Memoli, M.D., the director of the Clinical Studies unit at NIAID's Laboratory of Infectious Diseases.

NIAID director Anthony S. Fauci says that the new vaccine has the potential to be a monumental public health advance. “Mosquitoes cause more human disease and death than any other animal," says Fauci. "A single vaccine capable of protecting against the scourge of mosquito-borne diseases is a novel concept that, if proven successful, would be a monumental public health advance.”

In 2016, according to Floridahealth.gov, our state witnessed 1,072 travel related cases of Zika, as well as 274 cases transmitted through American mosquitoes.

The AGS-v study is expected to be completed by summer of 2018.