What is going on with this creepy Avatar Land robot? 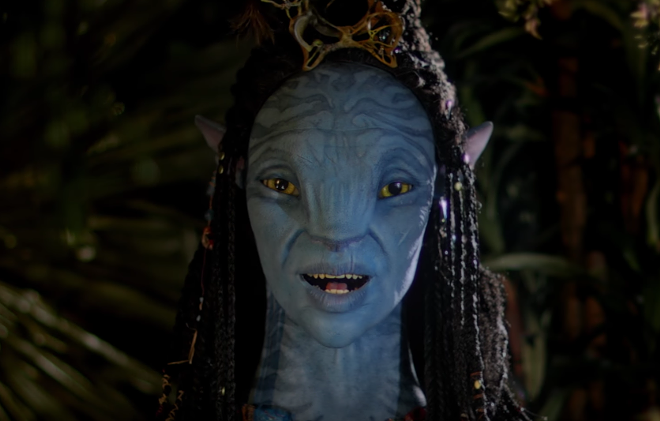 Last night during the Oscars, Disney debuted a new commercial highlighting their soon-to-open Pandora: The World of Avatar at Animal Kingdom, and, good lord, why is that Na’vi robot so incredibly uncomfortable to look at?

The 30-second spot starts with Avatar director James Cameron telling you about how cool The World of Avatar is going to be. It does look really cool, by the way. Then, the commercial take a strange turn. While staring directly into the camera (and your soul), a Na'vi robot appears and says "I look forward to seeing you on Pandora."

The problem is it looks too realistic. Does it eat? Does it dream? Does it love? What is its purpose? We have so many questions. Is it impressive? Absolutely. But things like this aren't supposed to look that real. It's like when Tom Hanks' animated train conductor character in Polar Express was so realistic that the film inadvertently jumped genres from fun, family holiday film, to pure horror.

This is called "uncanny valley syndrome," when essentially a robot looks too life-like and so humans are naturally freaked out by it. Avatar was released in 2009, and if you watch it again the film looks more cartoonish than ever. This robot on the other hand, crosses the boundary from cartoon to alarming alien.

As we previously reported, this talking robot, which will undoubtedly haunt your child's dreams, is called the Shaman of Songs, and will be featured in the Na'vi River Journey attraction. I'm only reminding you of this so that you don't run into this thing unexpectedly and have to spend countless hours at a children's psychologist.