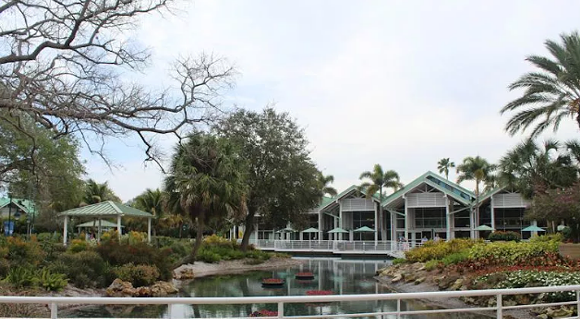 In April 2016, SeaWorld CEO Joel Manby announced a plan to bring new guest experiences to the SeaWorld family of parks in a "major and minor" addition plan. With this new plan, the parks would be getting a major new experience one year, followed by minor experiences the following year.

SeaWorld Orlando received their first major addition in 2016 with the Mako hypercoaster. This year we’re seeing minor additions with the VR headsets being added to Kraken, a new nighttime show, and new events like the popular Seven Seas Food & Wine Fest. With that original major-minor timeline in place, we should be seeing a major addition to SeaWorld Orlando next year.

Rumors have been running rampant regarding next year’s SeaWorld Orlando additions, but the two strongest seem to circle around a new water raft ride or a new off-the-shelf coaster.

The roller coaster would be a Premier Rides Sky Rocket II. SeaWorld Parks is rumored to have purchased multiple versions of the Sky Rocket II. They opened their first at Busch Gardens Williamsburg in 2015, named , with a second, named Electric Eel, planned for SeaWorld San Diego next year. The chances of one coming to Orlando next year are unlikely based on the much stronger rumors of one being planned for Busch Gardens Tampa for either 2018 or 2019.

There have been quieter rumors of Orlando getting a dark ride similar to the one that is planned to open this year in San Diego, but those rumors have gone quiet in recent months, likely related to Manby’s announcement that the parks would will "do more with less" in future attractions, which many understood as less on future attractions.

With this in mind, the strongest rumors seem to now point to a new round raft-style river rapids ride. Local theme park news site WildGravity Travels recently posted a story that included numerous photos of the area surrounding the former Hospitality House, now home to the Pass Member Lounge, with what looks to be construction flags and markings. In that post, they seem to be leaning toward a river rapids ride as the most likely option for Orlando’s 2018 offering.

The area now includes the former hospitality house, some floating gardens, a former animal encounter area that is mostly unused now, a retention pond and the old Clydesdale horse stables. In the early rumblings of Mako, it was slated for this location before ultimately opening between the Sharks exhibit and the Nautilus Theater.

This back corner of the park is mostly a walkway between other areas and has little to draw guests to it specifically. Journey to Atlantis (which is currently under its lengthy yearly rehab) is the park’s only water ride.

A family ride would help even out the increase in thrill rides that the park has opened in recent years. Antarctica, in 2013, was the last family ride to open in the park and the only major family addition since 1998. The park is rumored to be shifting many of their shows, including the Blue Horizons dolphin show, to be more educational in the coming months, meaning that a certain entertainment factor will be needed all the more in the park. The ride would also help give a quiet section of the park more interest.

According to WildGravity Travels, the new rapids ride may include a vertical elevator-style lift and might include other new-to-the-market features. The lift would help differentiate the rapids ride from others found at Disney, Universal and Busch Gardens, while also allowing the rapids ride to fit in a smaller footprint.

The ride seems to be going through final internal approvals now and will likely be announced within the next few months with a spring 2018 opening date. Sadly, if you’re looking for some liquid courage, word on the street is that the craft beer bar planned across the lake at SeaFire Grill has been canceled. Hopefully, the new ride will also mean a new bar.