Lil Indies gets fresh with new Sunday residency by GWADCIP$

From the juke-joint fire of Eugene Snowden’s "Ten Pints of Truth" (Wednesdays) to the soul inferno of Kaleigh Baker (Thursdays) to the Phat-N-Jazzy steeze of DJ BMF’s “45 Fridays,” Lil Indies has an earned reputation for interesting music residencies, certainly one of the best in town as far as bars go.

Well, there’s a new – and very now – weekly residency in the mix. Every Sunday, the vibe comes alive with young Orlando producer GWADCIP$, who also happens to be our current “Band of the Week.” As seen last Sunday when I popped in between sets at the Christian Lopez show next door at Will's Pub, his work is different and more live than the typical DJ set. Using a sampler, he actively chops, drops and tweaks his own original, sample-based music.

His sound is a left-field union of hip-hop and electronic that works the dynamic between halcyon, disembodied samples and sharp, stuttering beats. It’s a sound that’s chill, tasteful and future-minded, something you’re more likely to see in the more electronic-friendly Milk District. It’s fresh look for Lil Indies and it's now every Sunday. 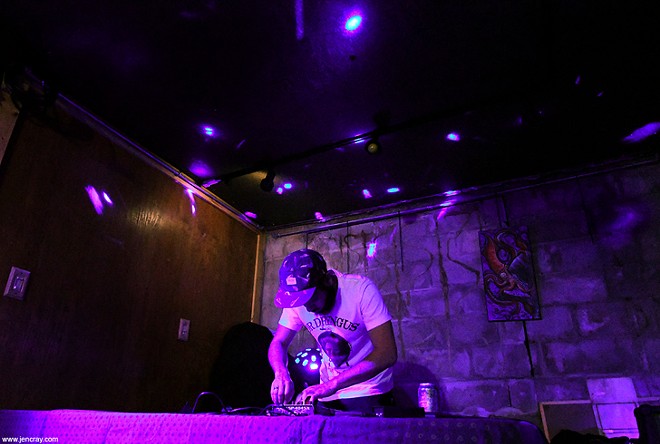