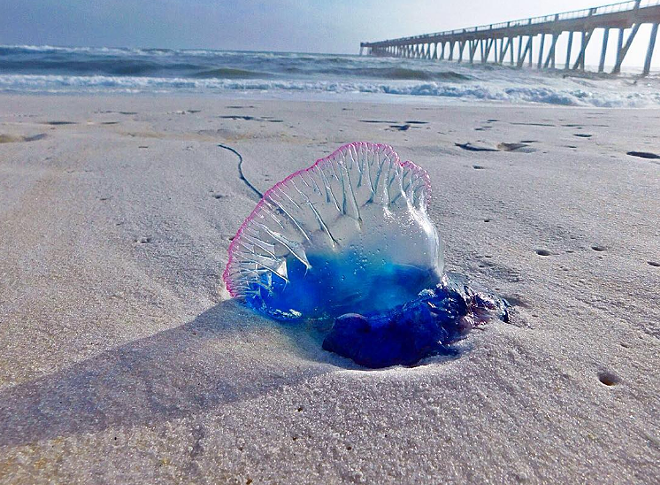 Spring breakers at Cocoa Beach may have more to worry about than just crabs.

A few of Florida's eastern cities raised the purple flag on Sunday when a large number of dangerous Portuguese man-of-wars were found strewn across the beach, signaling that the areas were at risk of a jellyfish invasion, reports TCPalm.

St. Lucie and Indian River counties were hit with strong winds over the weekend that brought an unwanted catch of Portuguese man-of-wars to the beaches.

Known for their venomous tentacles and painful stings, Portuguese man-of-wars pose an inconvenient threat to barefooted beach-goers.
"Their sting is a little bit more severe than a jellyfish sting, like a wasp," said Brevard County lifeguard chief Eisen Witcher when describing the sting to USA Today.

Last month at Cocoa Beach, thousands of these little organisms speckled the Space Coast, resulting in 66 stings over the course of a few days. The worst case was a 2-year old boy who suffered from allergy-related complications on top of the shock.