With total onstage insanity and fierce word of mouth, noise-punk-rap act Ho99o9 are one of the preeminent hot-shit bands in the underground right now. And they're about to finally drop their debut album - with the zeitgeist-capturing title of United States of Horror - on May 5. For it, they'll be embarking on their first national tour that includes an Orlando stop (June 9). 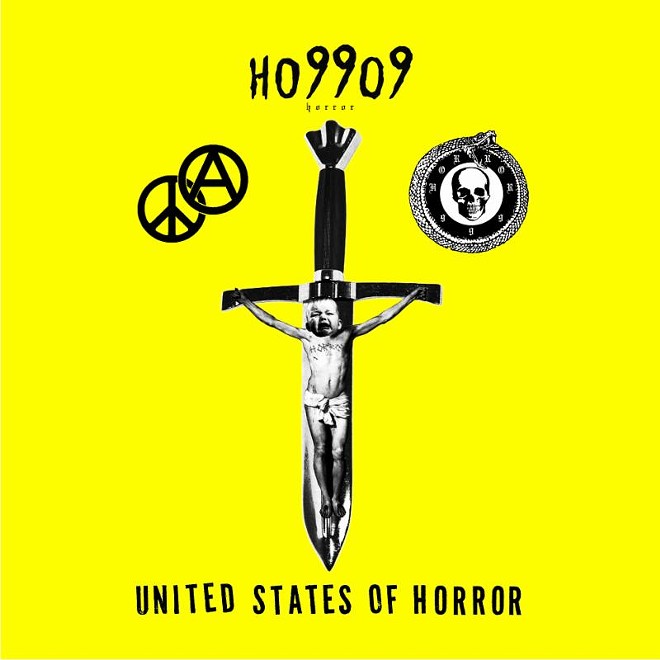 Being included on the itinerary alongside all the prime U.S. cities would be treat enough. But, because their manager (Mike Feinberg) is a local, the Orlando date is going to be a special "secret" show. Details are effectively nil at this point, but the Orlando debut that Feinberg arranged last fall should be an omen of the kind of excitement this will entail. Yes, sick.