Someone left a dead shark in a Florida Walmart parking lot 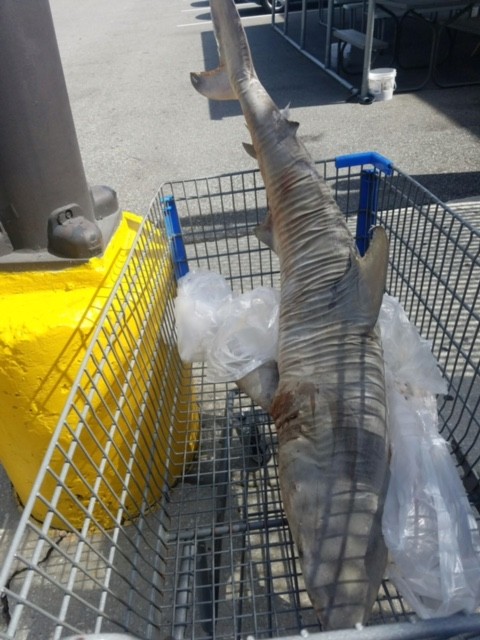 Someone left a jaw-dropping surprise inside a parking lot last week for shoppers at a Walmart in St. Augustine.

The St. Augustine Record reports St. Johns County Sheriff's Office deputies were called to the store after an assistant manager said she had found a five-foot-long dead shark plopped inside a shopping cart. The cart was placed near a parked RV.

The RV owner told authorities he was in the area to look for work. Last Friday, he woke up to find the shark on the hood of his RV. The Record reports the owner decided to put the dead animal on the ground, and presumably at some point, someone put the shark in a cart.

Wildlife officials removed the shark from the cart for disposal. This is apparently not the first dead shark St. Johns deputies have had to deal with. The same day, officials another dead shark was found on a driveway in Vilano Beach, according to the Record.