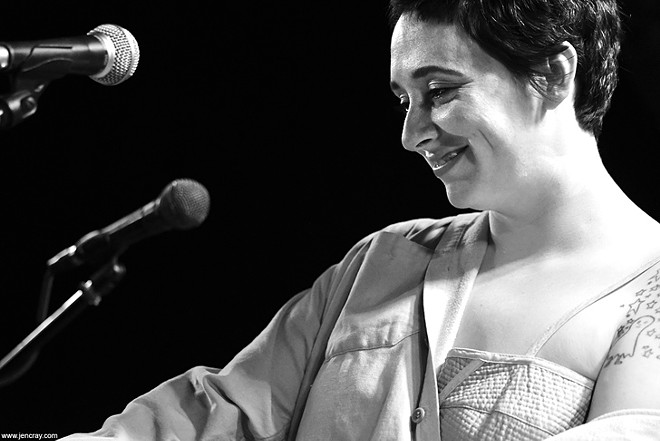 By sheer presence alone, the Crutchfield sisters practically own today’s indie scene. Between Allison’s work in Swearin’ and Katie’s as Waxahatchee, it seems like they’ve been the twin prom queens of the last several years.

Now that her breakout band Swearin’ has folded amid romantic collapse, Allison Crutchfield (Mar. 9, Will’s Pub) has officially embarked on a fresh solo career with the release of this year’s Tourist in This Town on Merge Records. But fans of her late band need not lament. Her solo material has the same distinctive and feeling melodics of Swearin’. It just trades the punk crunch for a broader emotional and instrumental palette.

Musically, it’s a blend of rock and electronics that weaves in her keyboards like an American college-rock interpretation of New Order’s architecture. Most crucially, the clear, melodic vulnerability of Crutchfield’s singing remains the cornerstone here, and it translates onstage with total fidelity and heart. Even with some rhythmic awkwardness with her live band the Fizz, her new vehicle features her furthest reaching and most interesting sounds yet. 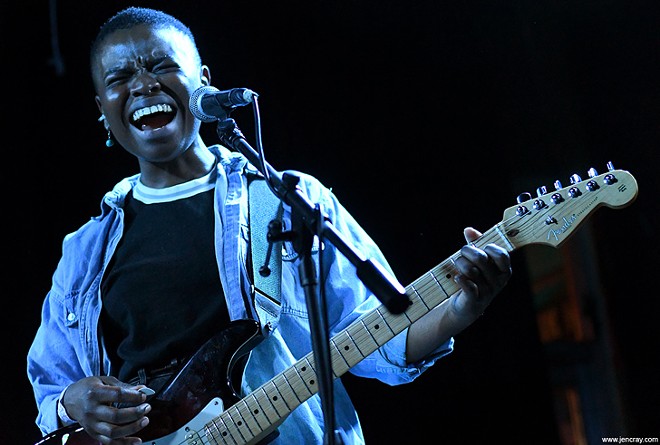 Just as auspicious was tourmate Vagabon, the budding project of Cameroon-born New Yorker Lætitia Tamko that made its Florida debut amid some hot early word of mouth. She only just debuted less than three weeks ago with her first LP (Infinite Worlds on Father/Daughter Records) but she’s already being aligned with the bright new class of women who aren’t just practicing indie rock but furthering it. And if you were at this show, you saw why.

Vagabon’s music is a rich rock experience of power and beauty. Her arrangements are smart and effective, optimizing their economy with size and dynamics. But add in her extraordinarily expressive voice and the result is both tender and crashing. More than that, it’s ready. One to watch, for sure.

Of the entire night, Wet Nurse was the last place I expected a revelation. As one who’s covered the local garage-pop band a lot and from the very beginning, I’m a longtime fan. I hadn’t seen them in a while but thought I’d seen it all. Nope. They have dialed it to another level. They’ve both expanded their sound and honed it in. They’re bigger, tighter and utterly complete. At this point, it’s not how much they evolve, it’s how much closer they inch toward perfection. They’re genuinely one of best homegrown crops ever and are already making an easy case for the Orlando rock pantheon.