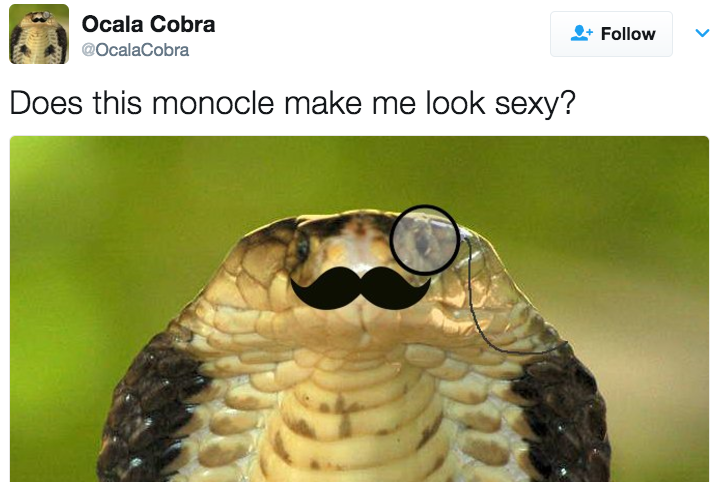 Here in Central Florida, once a dangerous and invasive snake escapes, the natural thing to do is create some sort of parody social media account.

For the second time in two years, authorities are searching for a deadly cobra that has gone missing in Ocala, Florida, and of course, there's already a damn parody Twitter account. 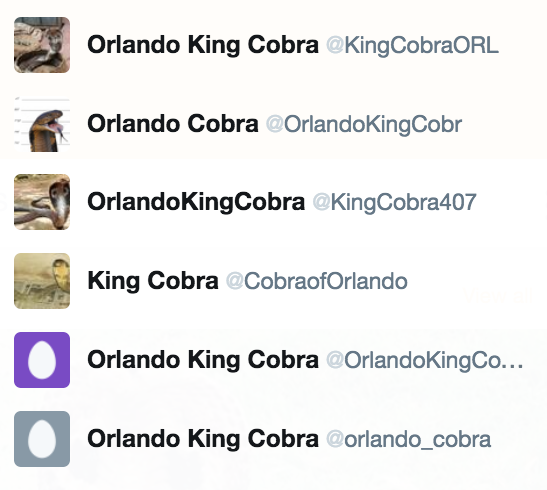 Back in 2015, an 8-foot king cobra named Elvis went missing for nearly a month from Mike Kennedy's Dragon Ranch in Orlando, and, of course, an avalanche of parody accounts followed suit.

But when they finally found Elvis five weeks later under a neighbor's dryer, it was reassuring to know that not only was a dangerous snake found and captured, but these parody accounts would slowly, finally die off.

But, because time is a flat circle, here we are again. New snake. New Twitter account. Let's hope this one is up to the task.

Finally freeeeeeee! But isn't today unseasonably cold for Florida in the middle of March? What gives, science?