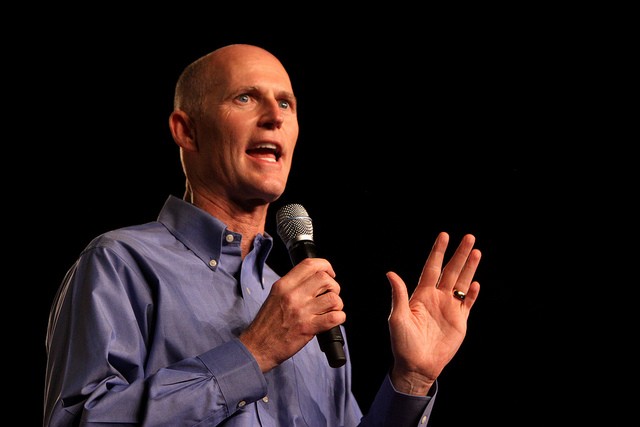 Gov. Rick Scott is asking Orange-Osceola State Attorney Aramis Ayala to recuse herself after she announced Thursday morning that she won't be seeking the death penalty for accused murder suspect Markeith Loyd.

"I want to be very clear, Lt. Debra Clayton was executed while she was laying [sic] on the ground fighting for her life," Scott said in a statement released by his office. "She was killed by an evil murderer who did not think twice about senselessly ending her life. I completely disagree with State Attorney Ayala’s decision and comments and I am asking her to recuse herself immediately from this case. She has made it abundantly clear that she will not fight for justice for Lt. Debra Clayton and our law enforcement officers who put their lives on the line every day."

Loyd is accused of killing his pregnant ex-girlfriend Sade Dixon in December and later fatally shooting Orlando Police Lt. Debra Clayton at a Walmart a month later in an "execution-style" manner.

Ayala, the first African-American state attorney ever elected in Florida, was sworn in earlier this year after winning November's election. Ayala also announced she won't be seeking the death penalty for any case during her administration.

"State Attorney Aramis Ayala’s decision today sends a dangerous message to residents and visitors of the greater Orlando area – furthermore, it is a blatant neglect of duty and a shameful failure to follow the law as a constitutionally elected officer," Bondi says.

While law enforcement and lawmakers have sharply criticized Ayala, several organizations have thanked her. The NAACP Legal Defense and Educational Fund says in a statement that Ayala's decision about an "irreparably broken" death penalty sentencing scheme "puts her at the forefront of smart-on-crime prosecutors."

"Just weeks ago, the Supreme Court decided that the capital sentencing hearing of LDF client Duane Buck was unconstitutionally tainted with racial bias – and unfortunately, Mr. Buck’s case does not stand alone," says Sherrilyn Ifill, president and director-counsel of LDF. "Given the persistent racial disproportionality in the administration of the death penalty, the research showing that the death penalty does not deter crime, and the fact that capital cases are unjustifiably expensive given their reversal rate and the very real prospect of wrongful conviction and execution, Ms. Ayala properly concluded that it is time for Florida to stop tinkering with the machinery of death. Other prosecutors would be wise to follow her lead."