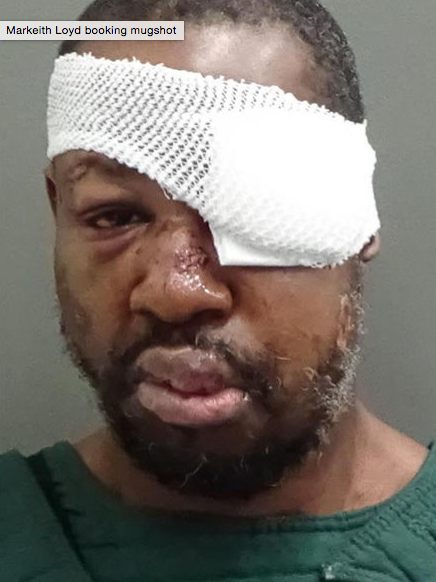 Mina released the statement on Twitter after speaking with Orange-Osceola State Attorney Aramis Ayala and confirming she would not pursue the death penalty for Loyd.

"I have seen the video of Markeith Loyd executing Lt. Debra Clayton while she lay defenseless on the ground," Mina says in the statement. "She was given no chance to live. A cop killer – who also killed his pregnant girlfriend – should not be given that chance. The heinous crimes that he committed in our community are the very reason we have the death penalty as an option under the law."

The 41-year-old suspect is accused of shooting and killing his former girlfriend Sade Dixon in December. After being on the run for a month, witnesses spotted Loyd at a Walmart on Princeton Street and alerted Orlando Police Lt. Debra Clayton. When she tried to stop him, Loyd ran away and turned around to fire at her. Clayton was hit, but she was able to return fire and retreat. Authorities say Loyd returned and shot Clayton in an "execution-style" manner before escaping. Police found Loyd hiding in an abandoned home a week later and eventually took him to the Orange County jail, where he's been held since January. Loyd has been acting as his own attorney during appearances in front of a judge.

"This would be an epic injustice to the family of Lt. Debra Clayton as well as every single law enforcement Officer in the 9th Judicial Circuit," he writes. "The death penalty is the law of the land in the state of Florida, and I believe that if there ever was a case for its use this would be the one. Not only did Loyd kill Lt. Clayton, he killed his girlfriend, her unborn child and his manhunt directly caused the death of Deputy Norm Lewis."

Dunlap suggested Ayala was not seeking the death penalty for Loyd because during her 2016 campaign against then-State Attorney Jeff Ashton, a political action committee linked to liberal billionaire George Soros poured thousands of dollars into her campaign.

"I believe we are quickly seeing the results of the $819,734 that anti-death penalty, progressive liberal George Soros' spent to assure the candidate who aligns with his philosophy won the race for State Attorney," Dunlap says. "There is no shortage of reports of how Soros has manipulated political races across the country."