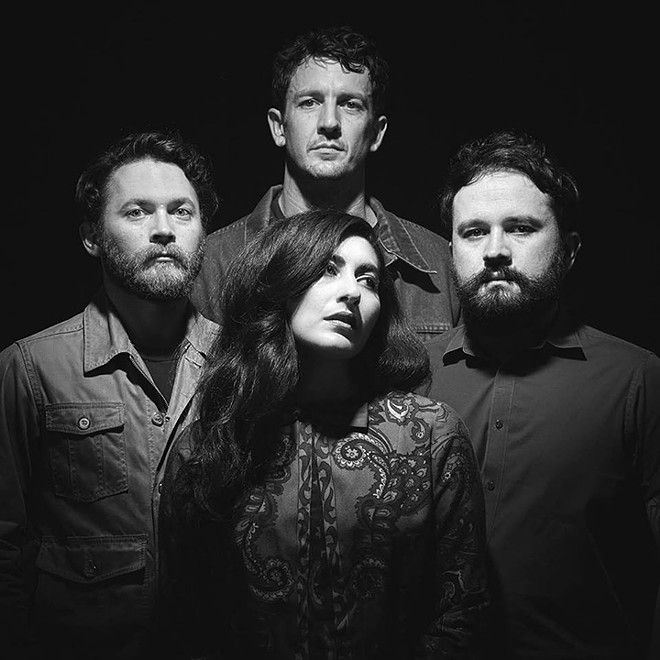 With doom and sludge metal, the discerning listener has to be increasingly picky, as so many bands get bogged down in cartoonish Black Sabbath signifiers and clichés, but thankfully, San Francisco's King Woman are reinvigorating the form. The brainchild of Kristina Esfandiari (also of the stellar Miserable), KW started as a solo venture and now has expanded into a full band, and as personnel expanded so did the scope of their eldritch sound. King Woman craft a bleak, anguished wall of tar informed as much by Chelsea Wolfe as by Grief. And for that matter, even beyond the Jarboe-esque commanding bellow of Esfandiari, we detect a pulpy deathrock influence. And why not? King Woman's new album, Created in the Image of Suffering, is definitely a prime noose-tightening soundtrack. Not only that, the goddamn thing is being put out by prime mover metal label Relapse in a beautiful vinyl edition. It's the perfect physical medium for a new set of songs that are fully realized and cinematic like the best horror and/or Tarkovsky films. We've been following King Woman since the Doubt cassette a few years back and are eager to see how this new sonic ambition plays out live, in the company of fellow metal iconoclasts Oathbreaker.