Ugly Orange is one of the more emergent and promising new promoters that’s been bubbling up in the city recently. Primarily in the Milk District and now radiating beyond, it’s been putting together some notable bills that gather and – most importantly in my opinion – sometimes even uncover new music talent worth discovering in both the area and the indie touring circuit.

TV Dinner is a new local twee-pop band that I’ve now seen two weeks in a row, first at the Allison Crutchfield show and then at this Ugly Orange showcase. 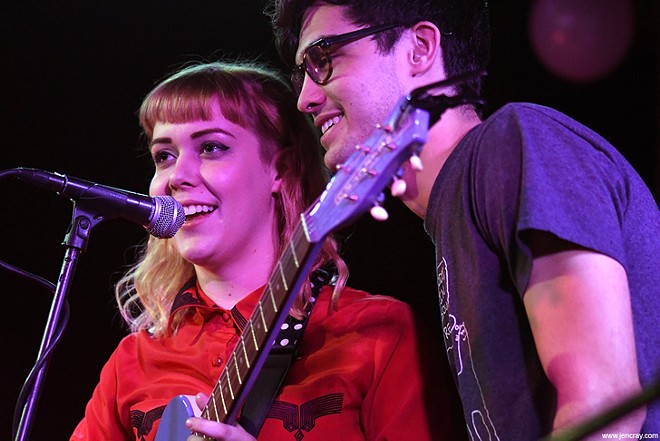 Widened slightly by a keyboard dimension, their guitar pop is simple, tender, a little shaggy but melodically lovely – basically, what you want in a twee-pop band. The group’s still pretty embryonic but, with some more practice and seasoning, that loveliness will only become more defined. 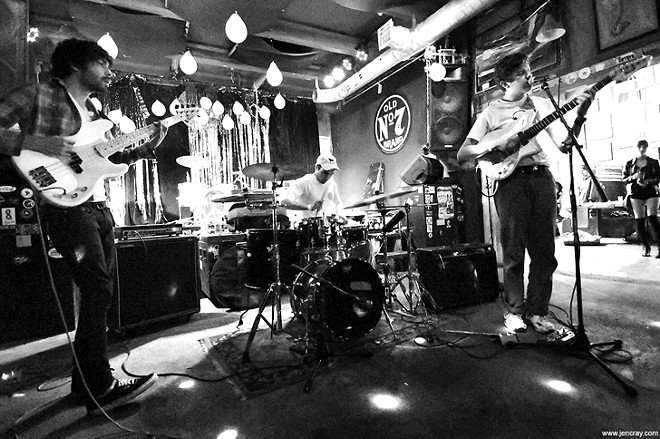 Also on the bill was young Gainesville band DONKNG. Their recordings suggest slacked-out indie rock with more than a passing resemblance to the Strokes, especially with singer Camilo Isaza’s lazy-cool Julian Casablancas drawl. But even though there’s still all that promised economy, tune and jangle, they’re more varied and nuanced live with some post-rock airs and restless undercurrents.

Even though they were the very first to play, the night’s biggest rockers were the Welzeins. Able to deftly handle garage, punk, surf and heavy rock, the Orlando duo are one of the more prismatic two-piece bands in town. But this show was a reminder that they’re also one of the best and most proficient, now with more confidence and kick than ever. Still, they remain criminally overlooked.

Besides pacing that was overly leisurely for a weeknight show (the four-band bill was barely past the midway point at midnight), the event did demonstrate what Ugly Orange does well: showcase promising young talent. It even went the extra mile and gave the stage a loving, personal touch with the DIY production of tinsel and balloons. Festive, no?

Ugly Orange is doing some good work, and it’s an indie booking banner worth particular note.