Stevie Nicks casts her spell over the Amway Center this week 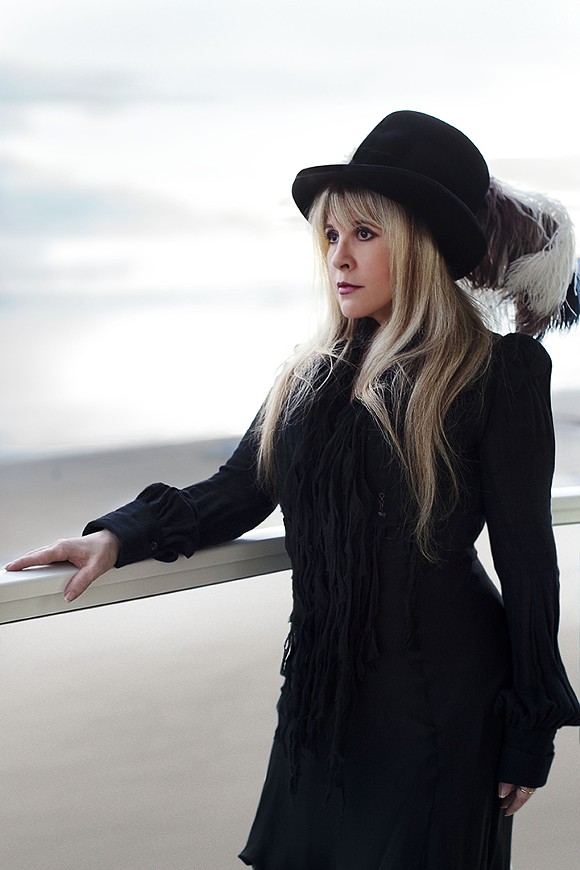 Does she have a new album out? No. Does it even fucking matter? No. Look, Stevie Nicks – vocalist for Fleetwood Mac when the remaining members temporarily bury respective hatchets anywhere other than in one another's backs, and a solo artist unsurpassed in terms of reality-building and mystique – at this point in her career is a singular figure who exists slightly outside of all pop narratives and promotional obligations. To say nothing of the mythmaking! Does she live in a castle by the ocean all by herself? Her only company being a small flock of regal doves, attentively watching as she plays an ivory piano long into the night? Well, yes, duh, but we're more interested in her total autonomy in her art and her work and her life. There are no Svengalis, no collaborators, no dead weight – and even above that, the lethal, sleek cyber-witch hooks and choruses embedded in songs like "Edge of Seventeen," "Stand Back," "Bella Donna" and the "Nightbird." She doesn't even have to touch the goddamn Fleetwood Mac songbook if she doesn't feel like it. At this point in the game, going to see Stevie Nicks live is akin to a religious pilgrimage; go pay your tribute to a pop Oracle of Delphi.