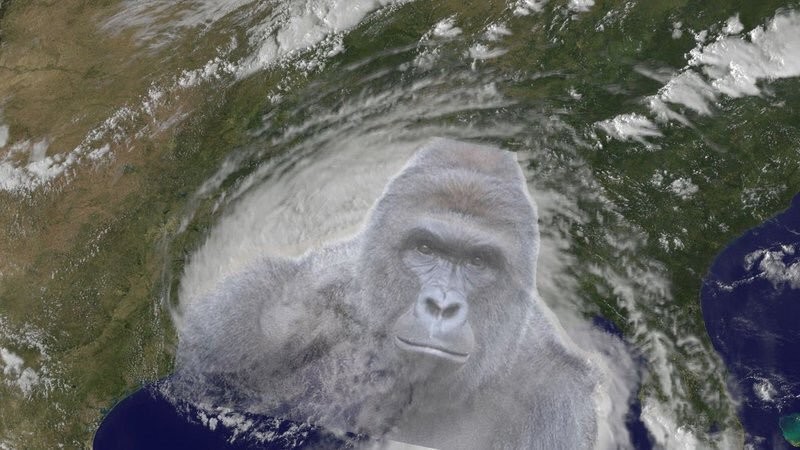 Last September, a petition asked the National Hurricane Center to name a storm after Harambe, but this year's list of potential storm names still does not include a single deceased gorilla.

Sorry, it's probably not going to happen.

The National Hurricane Center already has a long list of potential storm names from 2016 to 2021. Sure, Hurricane Harvey sounds pretty good, and so does Hurricane Gert, but Harambe would've been better.

Some other gems from the 2017 hurricane name list include Franklin, Ophelia, Philippe and Irma.

Here's the complete list:
Hurricane names are selected by the World Meteorological Organization. Usually, the names are associated with the ethnicity of the basin that would be affected by the storms.

For the Atlantic basin, the storms that would hit Florida, the storms typically have English names, while those that might form in eastern North Pacific basin would have Hispanic names as the countries that would be impacted are Mexico and other Central American nations.

If a storm hits that is particularly deadly or destructive, it is removed from the list. In recent years, Katrina, Andrew, Charley, Frances, Ivan, Dennis, Rita, Stan and Wilma have been taken out of the pool.