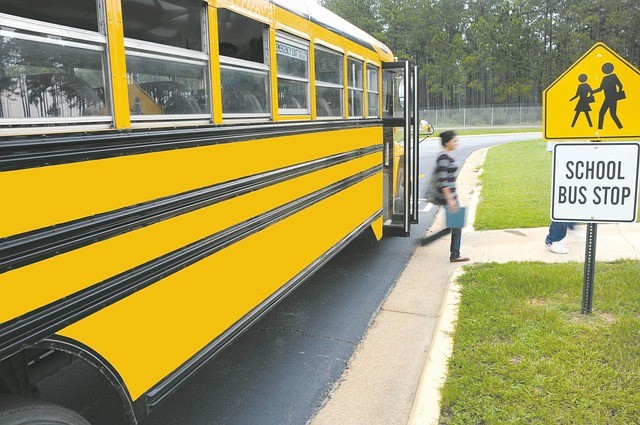 The Florida Department of Education is reviewing graduation rates at alternative charter schools after a report in ProPublica about an Orange County charter school that served as a "silent release valve" for nearby traditional high schools by taking in students that wouldn't graduate on time.

At the state Board of Education meeting on Wednesday, Florida Commissioner Pam Stewart says the department will be doing a "thorough examination" to determine if any actions need to be taken.

"The reason this is potentially concerning is that if it is done inappropriately or without good reason, the school district's graduation rates may not be a complete picture of our students' performance," Stewart says. "It's critical that every decision is made with the best interests of the student in mind."

ProPublica focused on Sunshine High School, a charter school run by the for-profit management company Accelerated Learning Solutions. The report alleged Orlando's Olympia High School held assemblies where representatives from ALS told students they could catch up on their credits at Sunshine. Once they got to high school located in a strip mall, some students said they would "sit for four hours a day in front of computers with little or no live teaching." In this way, Olympia and other traditional high schools could keep their high graduation rates by sending their worst achievers to Sunshine, the report alleged. ProPublica also reports Sunshine used a loophole in Florida's regulations to report virtually no dropouts by classifying students who left as entering adult education programs, though the school couldn't confirm whether that happened.

Orange County Superintendent Barbara Jenkins called the article "false" and said Orange County Public Schools was just offering an alternative pathway to students who need to get their high school diploma. An OCPS spokesperson said the district looked into whether local high schools were pushing low-performing students out to these charter school and found no practice of forced placement.

The state's review of graduation data will include a number of alternative charter schools, including Sunshine, says department spokeswoman Cheryl Etters. The investigation will focus on seniors who transfer to alternative schools any time during their final year of high school.

Board member Gary Chartrand described the ProPublica report as a "very serious allegation" and wanted the information as quickly as possible. Board Chair Marva Johnson says she wants the review of graduation data to include historical data to track these programs' efficiency.