March 23, 2017 at 4:52 PM
comment
Universal Orlando just teased a few menu items that will be available at their yet-to-open Volcano Bay water park, and well, everything looks pretty good.

The South Pacific-inspired dishes include items like "Poke Poke Bowls," mango BBQ pulled pork sandwiches and island chicken salad. For those looking for something you'd find a typical water park, don't to worry, hamburgers and french fries will also be on the menu.

Corporate Executive Chef Steve Jayson and Universal Orlando's culinary team are responsible for creating the new menu, which is offering over 60 dishes.

The new grub will be served at four different locations throughout the park, including Kohola Reef Restaurant & Social Club, Whakawaiwai Eats, Bambu and the Feasting Frog.

Universal's Volcano Bay opens on May 25. 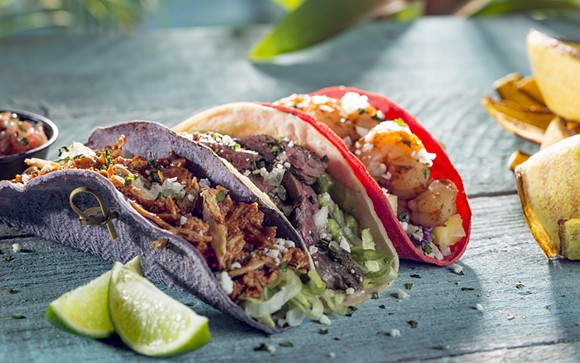