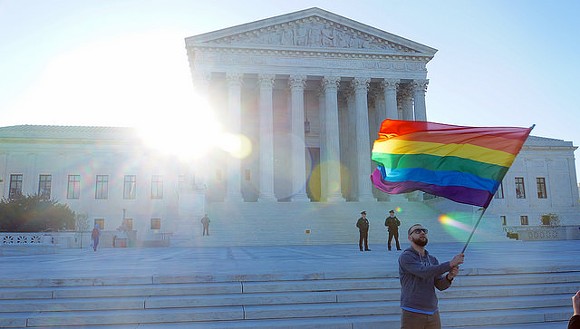 Despite the fact that the U.S. Supreme Court's 2015 ruling in Obergefell v. Hodges changed laws for gay widows and widowers, same-sex spouses in Florida have been fighting to have their names added to the death certificates of their partners.

On Thursday, March 23, U.S. District Judge Robert Hinkle changed that by ruling that the state must allow same-sex spouses to have the death certificates of their loved ones changed without having to go to court.

After the 2015 ruling, states have been required to include same-sex spouses on their partner's death certificates.

Florida, however, refused to do so for those who had died before the ruling. The state maintained that the law required same-sex spouses to pursue individual court orders in order to change the certificates.

Both men died before the Obergefell v. Hodges ruling, so the Florida Constitution and Florida Statutes didn't recognize their marriages and didn't include Birchfield and Mocko on their partner's death certificates.

In his decision, Hinkle disagreed with Florida's old policy.

Hinkle’s ruling requires state officials to amend death certificates without a court order when involving a same-sex marriage that was recognized as lawful in the jurisdiction where it was entered.

The ruling also requires the surviving spouse to provide documentation, such as an affidavit, showing that the marriage wasn’t recognized or the same-sex partner wasn’t identified.

This isn't Hinkle's first decision surrounding the rights of same-sex couples. He previously struck down Florida’s voter-approved ban on gay marriage in November 2014.