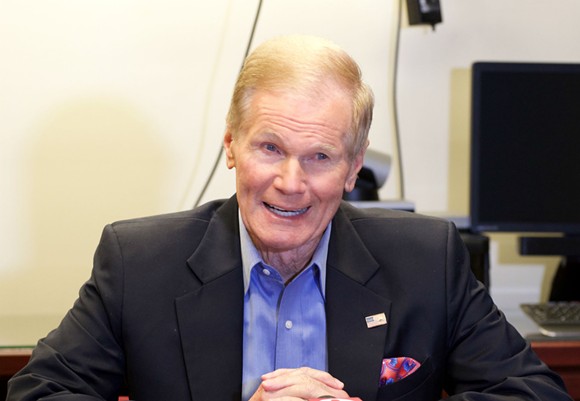 In a statement, the Democratic senator says he will be voting against confirming Judge Neil Gorsuch. Gorsuch is Trump's nomination for a Supreme Court seat left vacant after the death of Justice Antonin Scalia in 2016. Former President Barack Obama had also nominated Judge Merrick Garland for the same seat, but Republicans in the Senate refused to hold hearings on his nomination.

"Deciding whether to confirm a president’s nominee for the highest court in the land is a responsibility I take very seriously," Nelson says in a statement. "Over the past few weeks, I have met with Judge Gorsuch, listened to the Judiciary Committee’s hearings and reviewed his record with an open mind. I have real concerns with his thinking on protecting the right to vote and allowing unlimited money in political campaigns. In addition, the judge has consistently sided with corporations over employees, as in the case of a freezing truck driver who, contrary to common sense, Judge Gorsuch would have allowed to be fired for abandoning his disabled rig during extreme weather conditions."

The Washington Post reports it takes 60 senators to overcome a filibuster of a Supreme Court nominee, and Republicans only hold 52 seats. If they wanted to block a filibuster, they would need eight Democrats to join them, though that seems unlikely. The Post reports Sen. Christopher A. Coons, a Delaware Democrat, says Republican senators might respond by "using their majority status to change Senate procedure and allow Supreme Court picks to be confirmed with a simple majority vote."