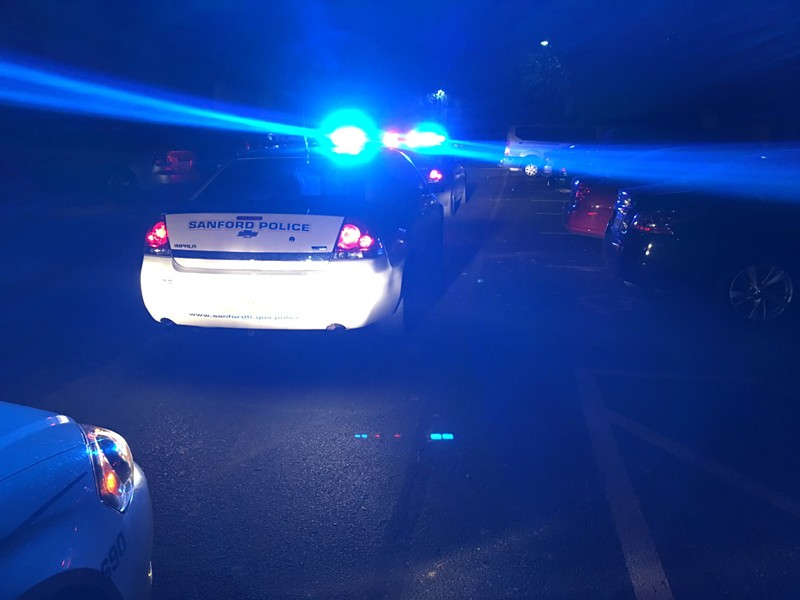 Sanford Police have arrested a man after they allege he fatally shot his girlfriend and critically injured her young sons and father before randomly shooting two other people on a nearby street.

Officers have arrested Allen D. Cashe, 31, says Bianca Gillett, spokeswoman for Sanford Police. The shooting started around 6 a.m. on Monday, but the incident actually started a little earlier that morning, when the suspect and the woman were arguing at a gas station over property.

Gillett says an officer approached the couple, who were reportedly in a "domestic relationship," and was able to mediate the situation. Both parties left in separate directions from the gas station.

Later, dispatchers received a 911 from a third party asking police to check on the woman at a house on Hays Drive. During the time the officer was at the home trying to mediate the argument, a second 911 came in about the same situation. Gillett says the woman gave the officer a bag of Cashe's possessions that included a gun.

A short time later, police heard about a shooting at the same house. The woman was fatally shot, and her two boys, ages 7 and 8, were critically injured. The Orlando Sentinel reports the woman's father was also critically injured in the home.

Gillet says the suspect then fled toward Marshall Avenue and 24th Street, where he randomly shot at a man and a Winter Springs High School student near a bus stop. The female student is stable, Gillett says.

Police heard the second shooting and caught the suspect near Seminole Garden Apartments.

"The officer met with both parties," Gillett says. "There was nothing that indicated that what was going on between those two people, the victim and the shooter, was anything other than a verbal dispute over some property. So it's considered civil in nature. [The officer] did everything, the way, you know, at this point we would expect him to have."