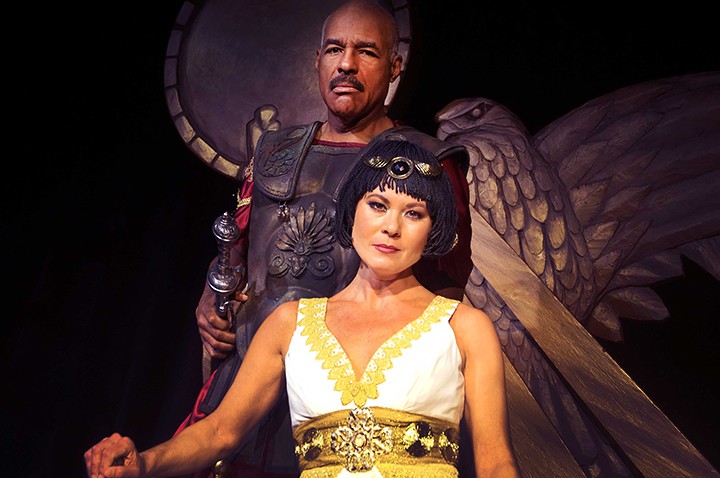 The big thing to know about Orlando Shakes’ production of Antony and Cleopatra, which premieres this week, is that the Shakes snagged veteran actor Michael Dorn – best known as the Klingon Worf, son of Mogh, on one of the greatest series of all time, Star Trek: The Next Generation. And while there are plenty of theater insiders who would say that the Shakes should focus more on casting capable local thespians in roles of such magnitude, it’s undeniable that the big name will draw plenty of extra ticket sales during the play’s run. While, yes, Dorn is an actor and not literally a Klingon Starfleet officer, comparisons between Dorn’s iconic role and this turn as Shakespeare’s love-dumbed Roman general will undoubtedly abound. (“Klingons do not pursue relationships. They conquer,” is a quote that comes to mind.) Dorn’s brother in typecasting, Jonathan Frakes (Commander William T. Riker on TNG) visits Orlando on Saturday, April 15, for a guest narration spot with Orlando Philharmonic, so hard-core Trekkers may want to look into a double-feature weekend later this month.