We were given a hard-hat tour of the soon-to-open Ace Cafe situated on what's now known as "Ace Corner" — a three-acre downtown block at the corner of West Livingston Street and Garland Avenue. 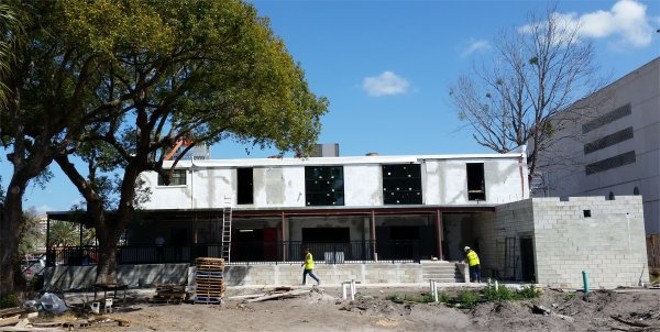 The site was once home to this very publication and, in fact, the upstairs space inside the Harry P. Leu Building fronting West Livingston Street (where Orlando Weekly's offices once stood) will now be home to one of the larger gallery spaces in the city.

The Stonebridge Motorgallery will showcase motorsports and rock & roll-inspired artwork, photography, sculptures, and memorabilia, as well as vintage and custom motorcycles.

Phase 2 will see a smokehouse serving Oklahoma Joe's barbecue, a beer garden, and bocce courts opening by the end of July.

While catering to car and motorcycle enthusiasts, Ace Cafe is making an effort to position itself as family-friendly so, word of warning to all you card-carrying Hells Angels members — be on your best behavior.

Judging from the amount of work needed to be done, they better stick it into high gear.