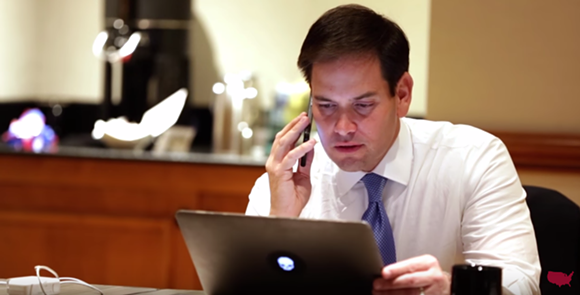 Florida senator Marco Rubio recently decided that the privacy of his constituents is worth about $75,000 in political donations.

Yesterday, Marco Rubio, along with the rest of the Republican-controlled U.S. House of Representative, repealed Obama-era privacy rules that would have required internet service providers (like Comcast and Time Warner Cable) to get your consent before selling your browsing data to advertisers.

It's important to understand that ISPs are already allowed to do this, but the recently overturned rule, which would have gone into effect next year, would've forced them to notify you about the type of information they collect and obtain your consent before selling it.

This is no longer the case.

Despite no tangible benefit to consumers, Rubio and 265 other Republican members of congress overwhelmingly approved this bill, citing vague buzzwords like "free market" and "more choice."

So why do this? Well, according to data compiled by The Verge from the National Institute on Money in State Politics, it might have something to do with the $75,535 Rubio accepted from ISPs.

While this is chump change, in the scheme of things, it only represents donations from Rubio's most recent election, and does not account for any recent donations, which likely exist.

You can view the entire list of donations here, but a few of the highlights include Mitch McConnell's $251,110 honey pot, John Thune's $215,000 cheddar stack, and, of course, Bill Posey of Orange County and his lump sum of $3,000.

If you're wondering how you can hide your data from ISPs, Gizmodo has a few solid suggestions listed here.