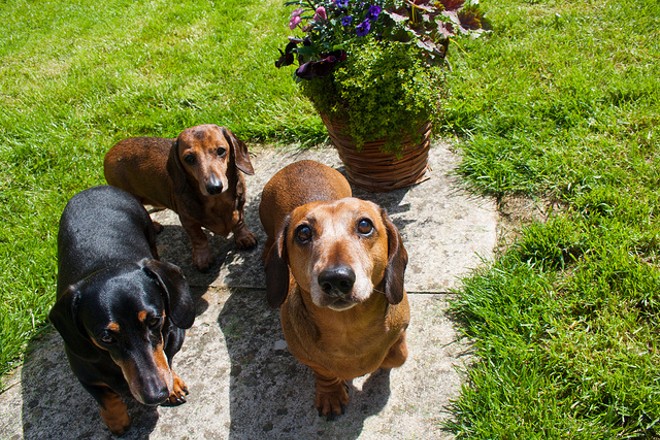 An owner who became overwhelmed with a massive pack of wiener dogs has given them up to a shelter, and now they're all looking for new homes.

Alaqua Animal Refuge in Freeport, Florida, has teamed up with the volunteer group Save Underdogs to rescue 47 stubby-legged dachshund hounds from a shelter in Arkansas.

The Arkansas shelter would have only given them a 24- to 48-hour period to get adopted before being euthanized, WJHG reports.

According to Alaqua Animal Refuge, all 47 dogs, which range from puppies to 6-year-olds, are up for adoption. The dogs will stay with them until they go to a loving family, no matter how long it takes.

UPDATE: As of now, Save Underdogs is no longer taking applications for the dogs because of a massive wave of interested adopters. Hurray!