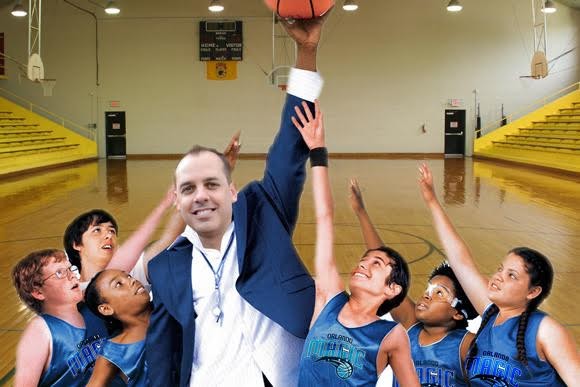 In an obvious hint that he's given up on the 2017 NBA regular season, Orlando Magic's head coach Frank Vogul was spotted last week at a local community center gym reluctantly coaching a peewee basketball team of misfit kids.

The team, which is not only learning the fundamentals of basketball but also about friendship and overcoming adversity, includes a freakishly talented tomboy, a chubby but funny kid, and a giant 13-year-old in a flannel shirt.

Sources close to Vogul say the coach has actually become somewhat attached to the multicultural band of outsiders, and is optimistic about their chances of making the district playoffs – where they'll more than likely go up against Vogul's mean-spirited childhood basketball coach, Jack Reilly.

"He could have been one of the greats! An' now look at him," said Coach Reilly about Vogul. "He's not even a has-been. He's a never-was."

Over the past few days, Vogul has also been seen receiving moral counsel from an old wise man named Hans.