Disney World is without an upcharge program to skip lines, but probably not for long 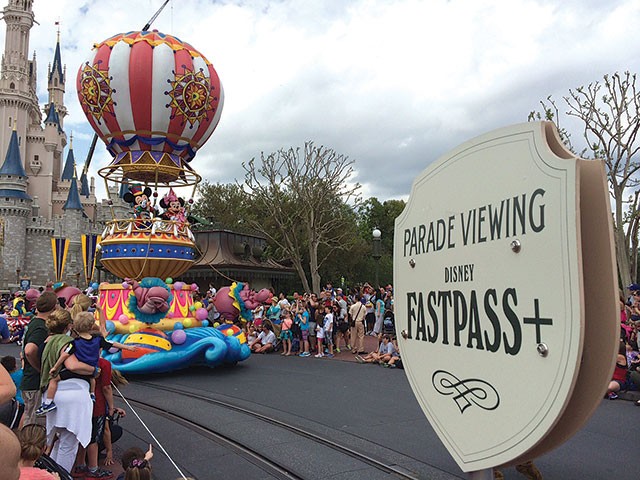 Since Shanghai Disneyland opened last year, certain attractions have seen consistently long lines, even on days when the rest of the park is a ghost town.

These long lines have caused some local entrepreneurs to begin selling FastPasses. Unlike in Orlando, in the FastPass system is still via a printed-out ticket that is only issued the day of. With this system in place, some locals arrive early in the day to get desirable Fastpasses, then they sell them to other guests. Since trespassing laws like those in the West are more or less nonexistent in China, Disney can do little about these FastPass hawkers.

So, after nearly a year of fighting them, Disney has finally decided to join them. Called Disney Premier Access, the new upgrade option allows for guests to skip the lines on seven of the busiest rides in the park, including the TRON Lightcycle coaster, Soaring Over the Horizon, and Peter Pan’s Flight.

Unlike traditional FastPasses or even the FastPass+ we have here in Orlando – where the FastPass return time is set within a specific timeframe – the skip-the-line Premier Access can be used any time during the day of purchase.

This isn’t the first time that Disney has announced a paid version of the FastPass program. The MaxPass program at Disneyland in Anaheim was announced earlier this year. With that plan, guests pay $10 for unlimited single-day access to their PhotoPass images along with the ability to make FastPasses online in the same way guests at Walt Disney World do through the resort smartphone app.

Unlike here in Orlando, where guests can make ride reservations weeks before actually visiting, both the Shanghai and the Anaheim upgrades still only allow for of access to the ride reservations. Both resorts still do offer regular guests the traditional FastPass system free of charge.

There have long been rumors of the FastPass system here getting an upcharge option or allowing for guests staying in more expensive resorts access to a higher number of FastPasses. Neither of those systems has yet happened here. The closest we’ve gotten to such a system are various upcharge tours or special events that include access to specific rides.

As of now, Walt Disney World is the only Central Florida theme park, and one of the only in the nation, without some type of upcharge program to skip the lines.