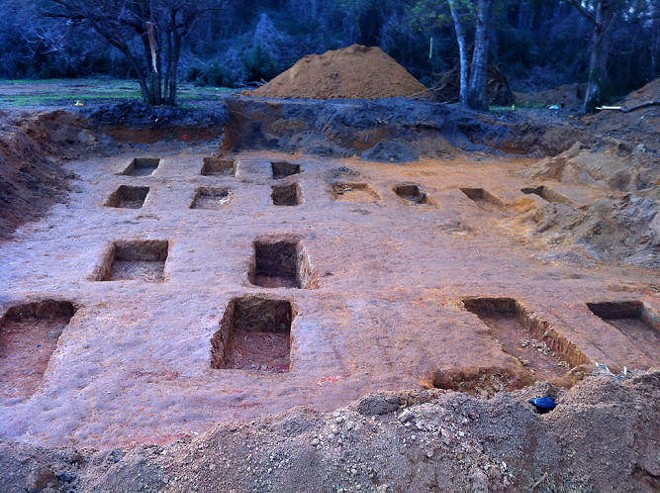 With emotional testimony from boys who were beaten and abused at a now-shuttered Northwest Florida reform school, the Legislature on Tuesday moved forward with a formal apology and plans for two memorials to remember the victims.

"Today is the next step for this Legislature to honor their memory and declare with honesty, conviction and clarity that these types of atrocities and tragedies should never occur again," said Sen. Darryl Rouson, a St. Petersburg Democrat who is sponsoring a resolution (SR 1440) that includes an apology to victims of the Arthur G. Dozier School for Boys in Marianna.

The Senate Judiciary Committee unanimously approved the resolution after hearing personal testimony from men who were sent as boys to Dozier, as well as a related facility in Okeechobee, for infractions as frivolous as skipping school or smoking.

"You have to excuse me, the memories are still there," Donald Stratton said, with his voice breaking with emotion. "They never go away, because we were all children."

Stratton, who was at Dozier from 1958 to 1960, said he was beaten and sexually abused at the facility, which operated for 111 years before closing in 2011.

Bryant Middleton, a retired U.S. Army captain, said he was severely beaten six times for minor violations, including eating blackberries off a fence. He said he was sexually abused by two Dozier officials, including a doctor.

"I would rather be sent back into the jungles of Vietnam than to spend one single day at the Florida School For Boys," said Middleton, who has 20 years of military service. "It is a horrible place."

Middleton and Stratton are among more than 500 victims who have alleged physical, mental and sexual abuse at the reform school from the 1940s through the 1960s, according to the Senate resolution.

The House will take up a similar resolution (HR 1335), sponsored by Rep. Tracie Davis, D-Jacksonville, and an additional bill being written by the Judiciary Committee that would authorize memorials for the Dozier victims at the state Capitol in Tallahassee and at an unspecified location in Jackson County, which includes Marianna.

House Speaker Richard Corcoran, R-Land O'Lakes, who has taken a personal interest in the effort, called the apology resolution "a good, solid minimum first step," after meeting with the Dozier victims.

"We hope that there will be some degree of healing and closure that can take place, knowing it is being recognized," Corcoran said. "But the most important part is that it never happens again to anybody else."

Corcoran also said one of the Dozier officials who is accused of abusing boys is still alive.

"We went through every machination to try to figure out how we could still prosecute him and bring justice," Corcoran said. "We're not going to give up yet."

Corcoran said he became involved in the case after meeting Erin Kimmerle, a University of South Florida forensic anthropologist who led a team that investigated the Dozier site, identifying 55 burial sites, 24 more than had been officially recorded.

Kimmerle's team was able to identify some of the buried remains and return them to surviving family members. Other unclaimed remains will be reburied in Tallahassee, according to the pending House legislation.

The House bill would also authorize the reburial of Dozier victims of a 1914 dormitory fire at the former Marianna facility.

In talking to lawmakers, Kimmerle cited the "courage" of the Dozier victims to recount their stories, as well as the "courage" of state leaders to formally acknowledge the state's role in the tragedy.

"While we cannot change the injustices of the past, we can take steps to demonstrate that we have learned from our mistakes and we can vow it will never happen again," Kimmerle said.