Tonight is the last night of Questlove's DJ residency, and here's why you should go

Thanks to Jimmy Fallon, Questlove is the next notable in the express lane for honorary local status. In case you don’t know, the Giddy One’s late-night talk show occasionally records here. When it does, hip-hop’s most illustrious drummer steps out, gets legit in the real Orlando and comes downtown to spin for us. Well, Fallon’s big ride at Universal (Race Through New York starring Jimmy Fallon) is opening this week so he brought the show down to tape again. That means the iconic pulse of the Roots is doing a two-night stand to properly celebrate the 23rd anniversary of Phat-N-Jazzy, one of the truest hip-hop traditions to ever spring from the city’s underground (meanwhile, his bandmate Black Thought was over at Will’s Pub last night). 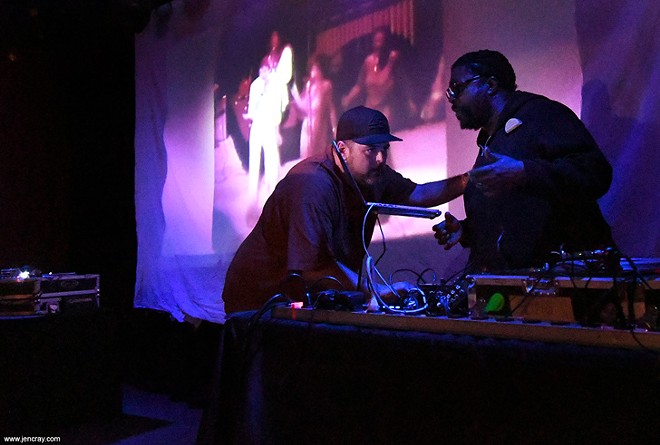 For the occasion, Questlove shares the bill with Phat-N-Jazzy cornerstone DJ BMF. But because BMF is a pro mixer so seasoned and skilled, the question of how Questlove would stack up is inevitable. Would he be just another celebrity pretender or does he have real table skills? It takes more than just a name to run with BMF and impress an educated PNJ crowd.

Turns out, Questlove is not Paris Hilton or Peter Hook. No, he lived up to his hip-hop cred and came correct. In selection, sequence and flow, it was the mix of a bona fide DJ. After quickly establishing his technique, he went on to demonstrate the taste, spectrum and authenticity of an aficionado. Between Questlove’s mien and the general Phat-N-Jazzy aura, this was an up-close affair for real music heads, not celebrity gawk.

As for BMF, the turntable Don of Orlando hip-hop dropped a golden-age set that was both classic and deep, as befits the man who’s most shaped the Phat-N-Jazzy sound and vibe. Tribe, Nas, Common, Erykah Badu, Digable – yep, all in there. But so were some funk and R&B classics, too. And this time, it was a special VJ set so the sights and looks of the times were also in the house to make things thoroughly immersive.

These semi-regular DJ stands by Questlove have been a nice shot in the city’s music vein and are shaping up to be a pretty great tradition. The best news? There’s still one more night of this one. Go get down. Doors at 10:00 pm. 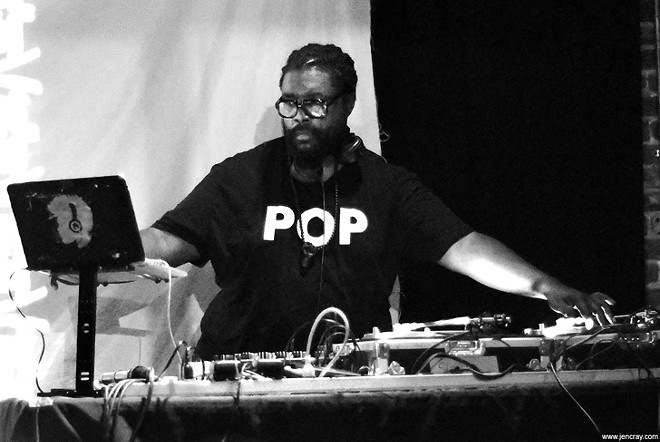