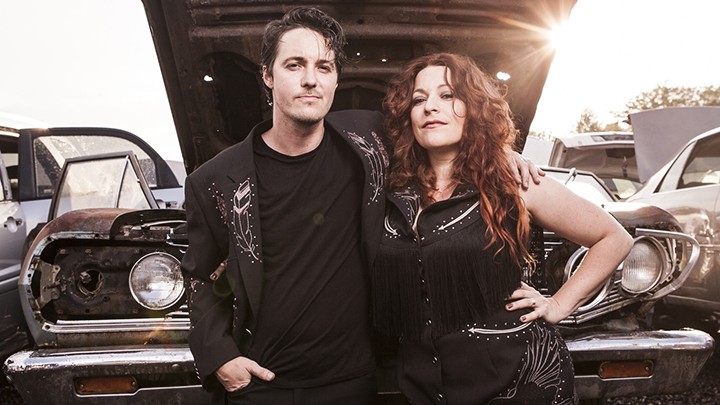 Hailin’ from the Holy City (Charleston, South Carolina), Cary Ann Hearst and Michael Trent of Shovels & Rope were friends before joining as bandmates, and bandmates before marrying and collaborating on the title of “parent.” In 2010, cameras began following the folk duo for the documentary The Ballad of Shovels and Rope, which chronicled their life as a self-described “two-man family band,” touring and creating the album O, Be Joyful (Dualtone) in a makeshift home on wheels with their dog, named Townes van Zandt. Winners of the Americana Music Association’s 2013 Song of the Year and Emerging Artist of the Year awards, this family affair has since upgraded their cross-country apparatus and released a new album, Little Seeds (New West Records), which maintains their country, folk, punk and DIY roots.

Hearst and Trent are at their most personal, and perhaps their most political, on Little Seeds with tracks such as “Invisible Man,” touching on Trent’s father’s life with Alzheimer’s, and “BWYR,” their lyrical statement to the 2015 Charleston Emanuel AME shooting. Though we can’t tell y'all what to do – just as when Hearst declares in “Hollowpoint Blues” (Shovels & Rope) “Well I won’t let nobody tell me what I do” – our recommendation for seeing this wife-and-husband duo is strong.