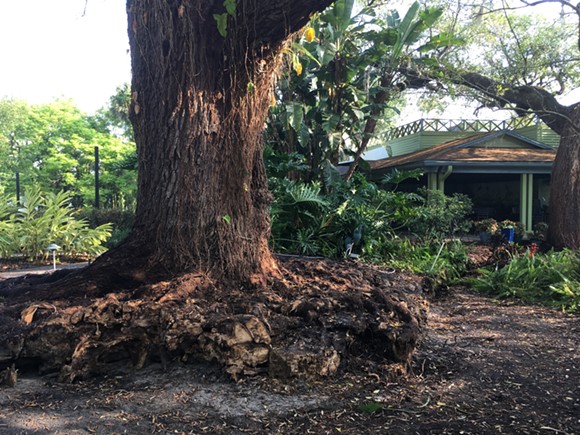 “It is not a formal, planned development submittal but is for city comments relating to plan changes made to address concerns raised at the initial public hearing held in January of 2016,” Moulton says. “The public hearing process will begin anew when the plans are formally submitted, as it has been over a year since the first public hearing was held by the Planning & Zoning Commission. The interim review will take place in the City Hall council chambers at 2 p.m. on April 27.”

Enzian Executive Vice President Elizabeth Mukherjee says the recent discussions have been related to parking and exactly how many cars can fit in the parking lots of the Enzian and Park Maitland School, which handles the theater’s overflow. She confirms that the parking capacity of First Watch, the restaurant across US 17-92 from the Enzian, has not factored into the discussion because the Maitland Planning & Zoning Commission does not consider it a safe, viable option, despite the recent addition of crosswalks.

No updates to the proposed construction timetable have been announced since the last OW article in November. The project calls for two additional theaters (with capacities of 80 and 50) to be built on the northeast side of the existing theater, along with a new lobby, offices, kitchen, snack area and restrooms. “Enzian Forever,” if approved in the next couple of months, could be finished in time for the 2019 Florida Film Festival. (The 2017 festival begins on April 21 and will use the Enzian’s current single screen and two additional ones at Regal Winter Park Village Stadium 20.)

In related news, the three large live oak trees south and west of the theater are currently being treated for root problems. The small stone wall that partially encircled the largest of the trees has been removed, allowing more oxygen to the roots. That tree and the one closest to the front of the Enzian have a good chance of survival, according to the Enzian’s arborists.

However, they confirm that the live oak closest to US 17-92 is in far worse shape (with no new growth visible), although they and Mukherjee say they are still hopeful of a recovery.