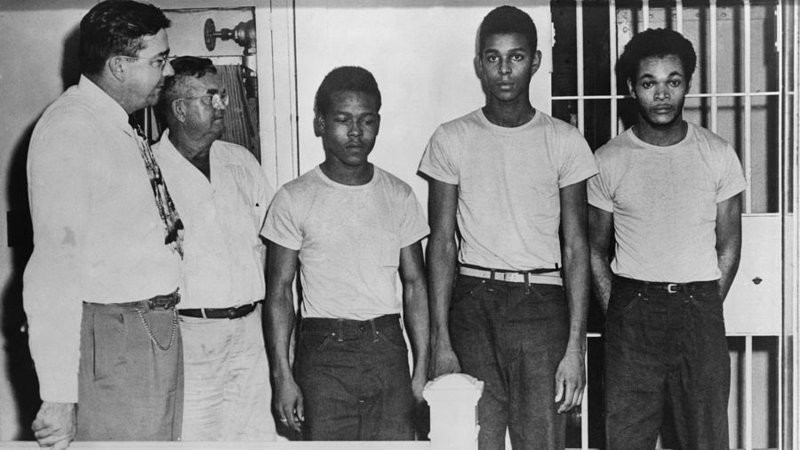 A formal apology from the Legislature to the families of four black men accused of rape in 1949, two of whom were killed by law enforcement, began moving through the House on Thursday as lawmakers look to atone for one of the state's notorious racial sins.

The measure (HCR 631) would apologize to the families of the "Groveland Four" and ask Gov. Rick Scott and the Cabinet to quickly consider posthumous pardons for the men: Walter Irvin, Samuel Shepherd, Charles Greenlee and Ernest Thomas.

"This resolution is us simply saying we're sorry, understanding that we will never know nor be able to make up for the pain we have caused," said Rep. Bobby DuBose, a Fort Lauderdale Democrat and sponsor of the proposal.

The incident began in 1949, when a 17-year-old woman and her husband claimed that the four men raped her near Groveland. Three of them were tortured until some of them confessed to the crime.

Thomas, who initially escaped, was killed in Madison County after a manhunt. The other three men were convicted, with Greenlee receiving a life sentence and Irvin and Shepherd condemned to death.

An appeal of Irvin and Shepherd's convictions, spearheaded by future Supreme Court Justice Thurgood Marshall, prompted the high court to overturn the verdict in 1951. Irvin and Shepherd were shot several months later, purportedly in self-defense, by Sheriff Willis McCall and a deputy. Shepherd was killed.

A 2013 book on the events —- “Devil in the Grove,” by Gilbert King —- was awarded a Pulitzer Prize and has brought new attention to the men's story.

A Senate counterpart (SCR 920) has already passed two committees. But some House members raised concerns about a provision in that measure that would "deem the four men formally exonerated," saying it represented the Legislature trampling on the powers of state courts.

"We don't have the ability to know what happened on the side of the road in July of 1949, nor should we ever try to do that, because that would substituting our judgment for the judgment of the courts," said Rep. Larry Metz, a Yalaha Republican who represents Groveland and helped write the new language. "But we can recognize the injustices that occurred to the defendants, and how flawed the process was for adjudicating the issues that were before the court, and how embedded in racism the processes were."

Sen. Gary Farmer, the Fort Lauderdale Democrat who sponsored his chamber's version of the resolution, said the House version of the bill might be better in some ways.

"Frankly, an exoneration is kind of an ethereal thing, if you will. ... To me, the pardon maybe is even stronger than exoneration," Farmer said.

Both the House and Senate measures still have one more committee stop before heading to the full chambers.