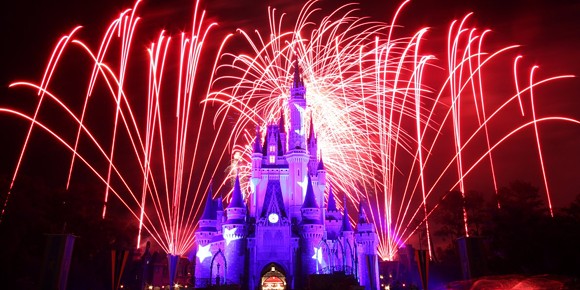 Every day, guests at Disney's Magic Kingdom will sit down along Main Street hours before a fireworks show, staking out prime positions. But when the show starts, it's anything goes, something visitors always get upset about.

A Michigan woman was arrested Wednesday, April 5, after she allegedly choked a high-school student who was blocking her view of a fireworks display at Disney's Magic Kingdom, reports the Orlando Sentinel.

On Wednesday night, Tabbatha Kaye Mature, was booked into the Orange County Jail, for felony child abuse, but was released after she posted her $2,000 bail.

According to the Orange County Sheriff's Office arrest report, the girl and other students from her high school were waiting to watch the fireworks display at Magic Kingdom when they got into a confrontation with Mature.

When the show started, the girl and her friends stood up, blocking the view of Mature and her family sitting behind them. Mature then became aggravated when the students refused to sit down, so they decided to leave.

As they were walking away, one of the girls reportedly said, "You can take our spot." In response, the girl says Mature wrapped her hands around her neck and began squeezing.  The student started screaming, and Mature released her. The girl says the woman told her, "You don't want to mess with me."

The reports states that although she suffered no visible injuries, she decided to prosecute after calling her mother.