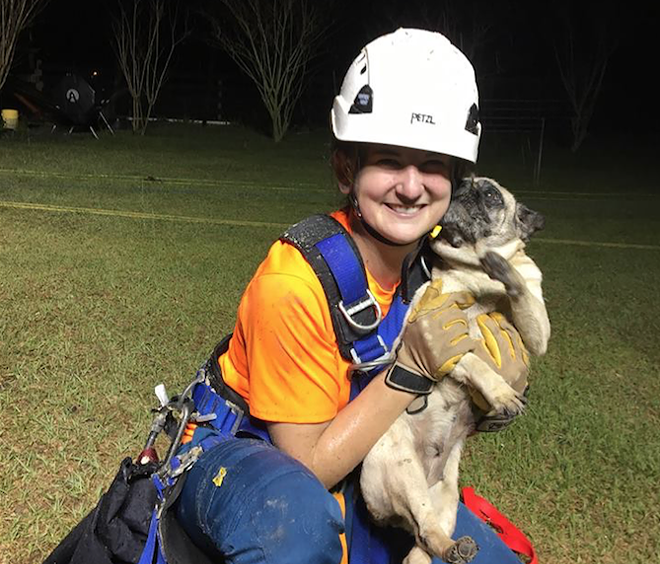 Florida is infamous for its savage sinkholes, but not all of these geological horror stories end in tragedy.

On Tuesday, April 5, a veterinary rescue team at the University of Florida was able to save a pug named Cookie that had fallen into a 30-foot sinkhole while out on a walk on her Gainesville Farm.

The Gainesville Sun reports that Cookie had stopped to scratch while out on a stroll around her owner's farm. When she took another step, a sinkhole opened beneath her, swallowing the pug up in the cavern.

It took rescuers five hours to dig the dog free and pull her up to safety. 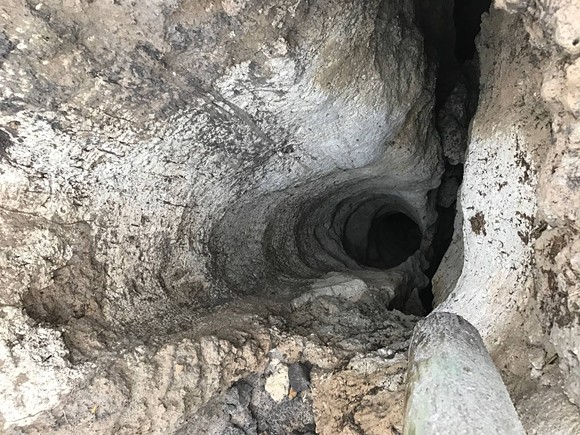 The sinkhole had formed after the ground became saturated with rainwater earlier that day.

After Cookie fell in, her owners called the Gilchrist County Sheriff’s Office, which contacted the UF's Veterinary Emergency Treatment Service, a team of students and staff trained to handle animal emergencies.

The team partnered with Gilchrist County Fire Rescue, the Fanning Springs Fire Rescue and the Trenton Fire Department to build an A-frame structure over the cavern. 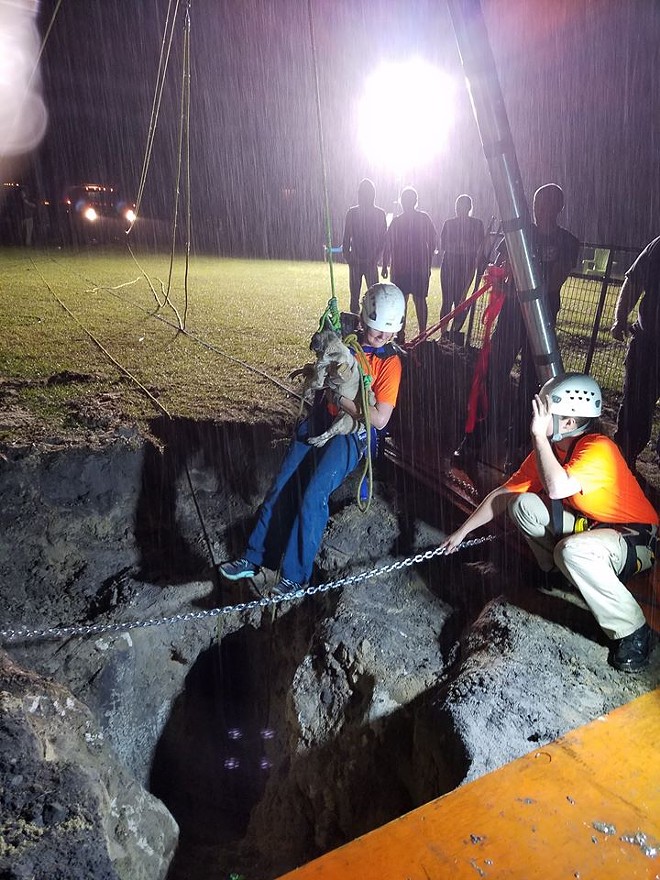 They then used a harness to lower Jennifer Groover, a fourth-year veterinary student, into the hole.

Cookie scrambled onto her lap once she was inside and the pair was hoisted up, both dirty but unscathed.

Cookie's owners say they will crate their eight dogs on the farm until they can have the sinkhole filled so there aren't any more close calls.