Band of the Week: Von Nacht 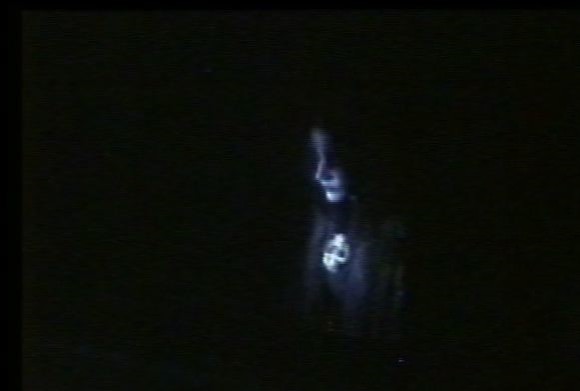 Welcome to Orlando Weekly's "Band of the Week." Every week, we highlight one of our favorite local bands. This week, we're pleased to bring you Von Nacht.

Who's in the band?
I play all the instruments for this project. For recordings, I utilize drum machines and software. I record guitar, bass and synthesizers. I have had a keyboard player accompany me for some live performances. I play guitar and use backing tracks when I perform live.

When did the band form?
I began recording for Von Nacht during the last quarter of 2015. I have recorded music for this project that could be classified as black metal, ambient, post punk or cold wave. After being in bands for several years, I found it liberating to work alone. I enjoy writing music and recording in whatever style I want under this moniker. I began performing live during the Fall of 2016. Most of my sets are of my black metal material, though I have performed a set with my post punk material as well.

Currently available releases:
I just released my most recent full length, Thanatomania, online and on cassette through the label Popnihil.

My demo, Of the Night, is available online and on cassette through Popnihil as well.

Websites:
Facebook
Soundcloud (includes complete collection of recordings, some of which have not been formally released.)

What has been your most memorable show so far?
My first live performance was laced with terror and loathing, but also a feeling of accomplishment. There was bloodshed. This was the most memorable.

Which local band is your favorite one to play a show with?
Wrapped in Pale. I have played with them twice. They play some real crushing black metal and it accompanies my post performance dysphoria nicely.

What description gets used for your band that you would most
like to correct people on? Why?
I was listed as a male artist on Encyclopedia Metallum for a little while. I’m a woman. Anyone who wishes to minimize the legitimacy of my art for this reason can fuck off and die.

What’s your favorite thing about being an Orlando band? What's your least favorite? Why?
Uncle Lou’s is the best underground venue and I am truly grateful for that place. I am unaware of any DIY venues in this town. The days of warehouse shows, the Space and house shows are gone.

Any big news to share?
I will be in hiding for several months to write new material. You may monitor my progress on Soundcloud.

The Heard von nacht band of the week